Nazar 2 Promo: Antara Biswas aka Monalisa As The All Powerful Daayan Will Give You The Chills (Watch Video) 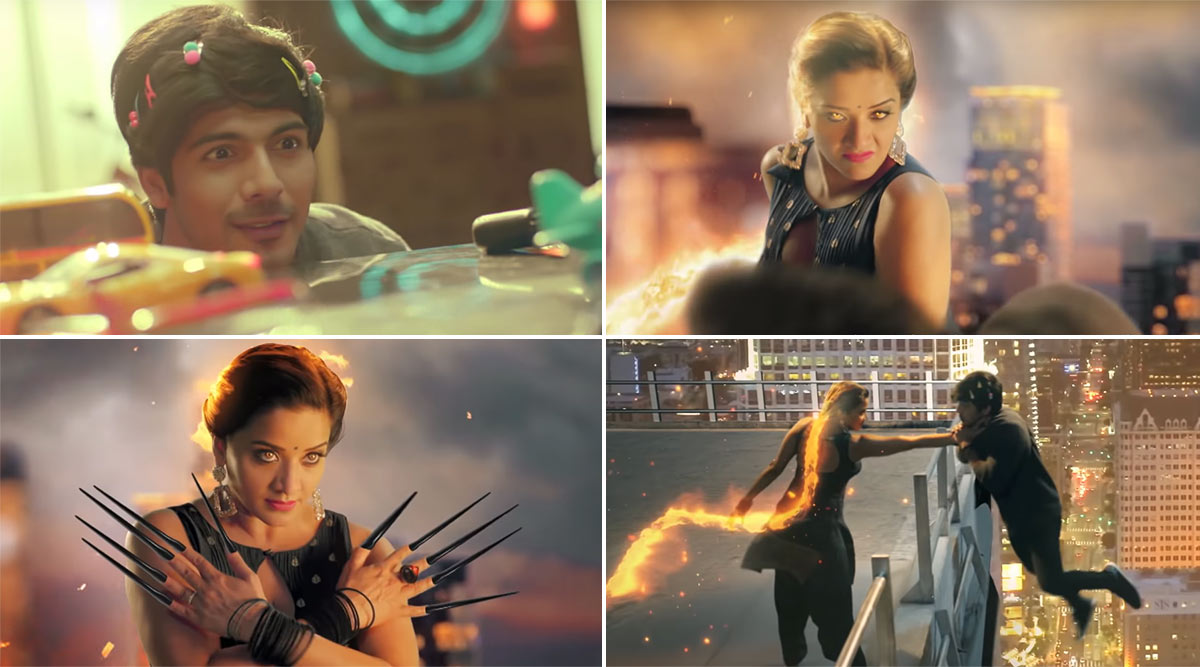 Gul Khan's next offering after her much publicised Ishqbaaz, was the supernatural thriller Nazar. The story of the show followed the Rathod family which is being haunted by a 251-year-old daayan Mohana. The Four Lions Films production was well-received y the audience for its depiction of daayans and also its good quality and believable VFX and also made appearances in the TRP list from time to time. The first season of Nazar saw actors Niyati Fatnani, Monalisa and Harsh Rajput in the lead roles and recently wrapped up. Soon after, Gul Khan posted a farewell message for Niyati and Harsh and also announced that Nazar 2 was on the way. Gul Khan Confirms Nazar 2 After Season 1 Starring Monalisa Wraps Up, Pens Emotional Post For Leads Niyati Fatnani and Harsh Rajput (View Pic).

While Harsh Rajput and Niyati Fatnani will not be a part of the show, Antara Biswas aka Monalisa will reprise her part as the Daayan in Nazar 2 as well. The lead roles in Nazar 2 will be essayed by Shruti Sharma who was last seen in Gathbandhan and Tara From Satara fame Sheezan Mohammad will play the male lead. The promo of the show was released recently.

The promo sees Monalisa has become the sarvashaktishaali daayan who does not even stop at killing her own younger brother in her hunger for power. What also was the highlight of the promo was the use of VFX that looked very much believable and in place and not shoddy like most shows on Indian television. The series will premiere on February 19, 2020 in the 11 pm slot.