Our Beloved Summer, Welcome To Waikiki, Kondae Intern - K-drama Series That Showed Their Love For Aamir Khan's 3 Idiots and How They Pulled It Off!

3 idiots is one of the movies that managed to dissolve borders and become a part of everyone's life globally. It isn't just an emotion for us but for South Korea too. Our Beloved Summer isn't the first time this Aamir Khan, R Madhavan and Sharman Joshi movie found its way into a Korean drama. Check out some more instances. 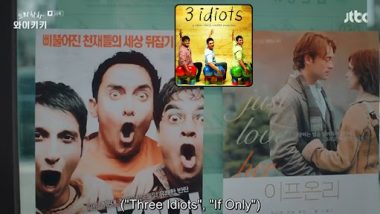 We all remember how China lapped up Dangal. The movie on the Phogat sisters and their father, earned much more in China than it did in India. Since then Aamir Khan has become one of the most popular Indian actors in our neighbouring country. The people there found a lot of connection with the story of our land and that's where Dangal worked. Now you can attribute this craze to how Aamir's previous films were faring there. 3 idiots is one of the movies that managed to dissolve borders and become a part of everyone's life  globally. It isn't just an emotion for us but for South Korea too. BTS' Jimin Watched Aamir Khan's 3 Idiots and Twitterati Cannot Keep Calm - Check Out Tweets.

3 Idiots earned well everywhere from China to South Korea. The latter it seems feels especially close towards this Rajkumar Hirani directorial that also starred R Madhavan and Sharman Joshi. The movie has found its way into Korean dramas as well and here are three such instances.

The recently concluded show Our beloved Summer dedicated episode 15 to 3 Idiots. The Bollywood film took a humurous take on a pertinent issue of parents levying extreme pressure on their kids to succeed in studies. However, there was nothing light-hearted in this episode of the Korean drama. While Choi Ung (Choi Woo-shik) was battling his own demons, he was putting up a brave face for Kook Yeon-soo (Kim Da-mi) and his friend Kim Ji-ung (Kim Sung-cheol). Everything is a matter of interpretation. Kim Jung Jyun played Kang Dong-gu an aspiring filmmaker in this hilarious series about three men and a baby. No, it's not a remake of the Hollywood movie. At many instances, you will find 3 Idiots' posters in the show, sometimes at a filmmaker's office and sometimes at bus stops too. 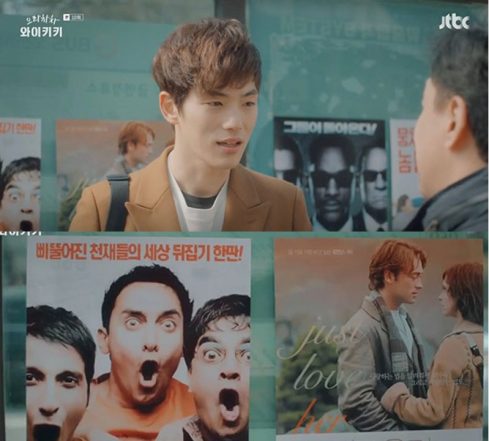 Park Hae-jin doesn't just speak in Hindi here but also speaks to his client from India named Mr. Rancho. Many would suggest it could be a random name but how many Ranchos from India are there in public memory? One and only Ranchordas Chanchad. Here's How the Korean Drama Crash Landing On You Borrowed This Great Line From Irrfan Khan's The Lunchbox.

It's true that 3 Idiots finds its place often in Korean dramas but India also gets included in the form of namaskars, Gandhi references and Crazy kiya re!

(The above story first appeared on LatestLY on Jan 27, 2022 06:58 PM IST. For more news and updates on politics, world, sports, entertainment and lifestyle, log on to our website latestly.com).