Find out here why the team of Daayan decided to wrap up the show starring Tinaa Dattaa and Mohit Malhotra in the lead. 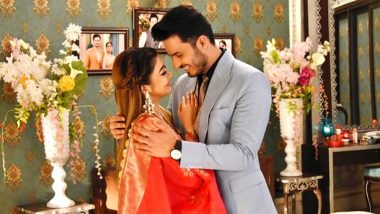 The incident that occurred on the sets of the show Daayan has created trouble for the makers of the serial as well as the team. Tinaa Dattaa confirmed that her show’s co-star Mohit Malhotra has touched her inappropriately and despite being warned several times, there has been no change in his behaviour. The actor has apparently come up with vague excuses and tried to escape the situation. Many expected that Mohit would be asked to walk out of the show, but a source has revealed to a portal that the makers would be wrapping up Daayan at the earliest. So is the episode between Tinaa and Mohit the real reason? Daayan Actress Tinaa Dattaa Alleges Co-star Mohit Malhotra of Touching Her Inappropriately.

Talking about Daayan been shut down the source disclosed to BollywoodLife, “The TRPs have been going down consistently. Also, the actors on the set are not cooperating, therefore, the team has decided to wrap up the storyline and finish it. They might keep it on till the upcoming season of a T20 cricket league.” The source from Daayan also confirmed that Mohit Malhotra will not be making an exit from the show but the team will manage to complete the shoot at the earliest. Neena Gupta to Revive TV Show Saans, Says She Has Made the Pilot Episode - Watch Video.

Daayan, a Balaji Telefilms show, premiered on December 15, 2018. Tina Dattaa had clarified that the team has been supportive to her after she raised her concerns related to Mohit Malhotra.

(The above story first appeared on LatestLY on Mar 04, 2019 05:39 PM IST. For more news and updates on politics, world, sports, entertainment and lifestyle, log on to our website latestly.com).