Tokyo Vice is an upcoming series created by JT Rogers and premiers and is based on the novel of the same name. It stars Ansel Elgort, Ken Watanabe, Rachel Keller, Show Kasamatsu and Rinko Kikuchi. It releases on Lionsgate Play on April 29, 2022. 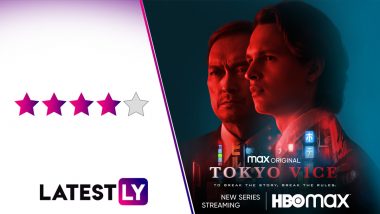 Tokyo Vice Series Review: Crime-Drama’s in general have evolved over the years so much. From hyper-stylised movies like Scarface and Goodfellas to realistic and gritty ones like Collateral, the genre has evolved a lot over the last few years. Nowadays the genre has tried to find a nice balance between fictional and reality, and that works in a really great way. Tokyo Vice for that reason remains one of the best examples of it as the series finds a great balance between those tones. It feels relatively new, but still harken backs to the crime-dramas of the early ‘2000s. The Offer Series Review: Miles Teller’s Series is Insightful But Has The Godfather Part III Kinda Problems! (LatestLY Exclusive).

Developed by JT Rogers and based on the book of the same name, Tokyo Vice follows Jake Adelstein (Ansel Elgort) in 1999 Tokyo. An American who relocated to Japan to become a crime reporter, gets taken under the wing of a veteran detective Hiroto Katagiri (Ken Watanabe). Together, both delve deep into exploring the dark and dangerous world of the Japanese Yakuza. The first seven episodes were provided for review purposes. 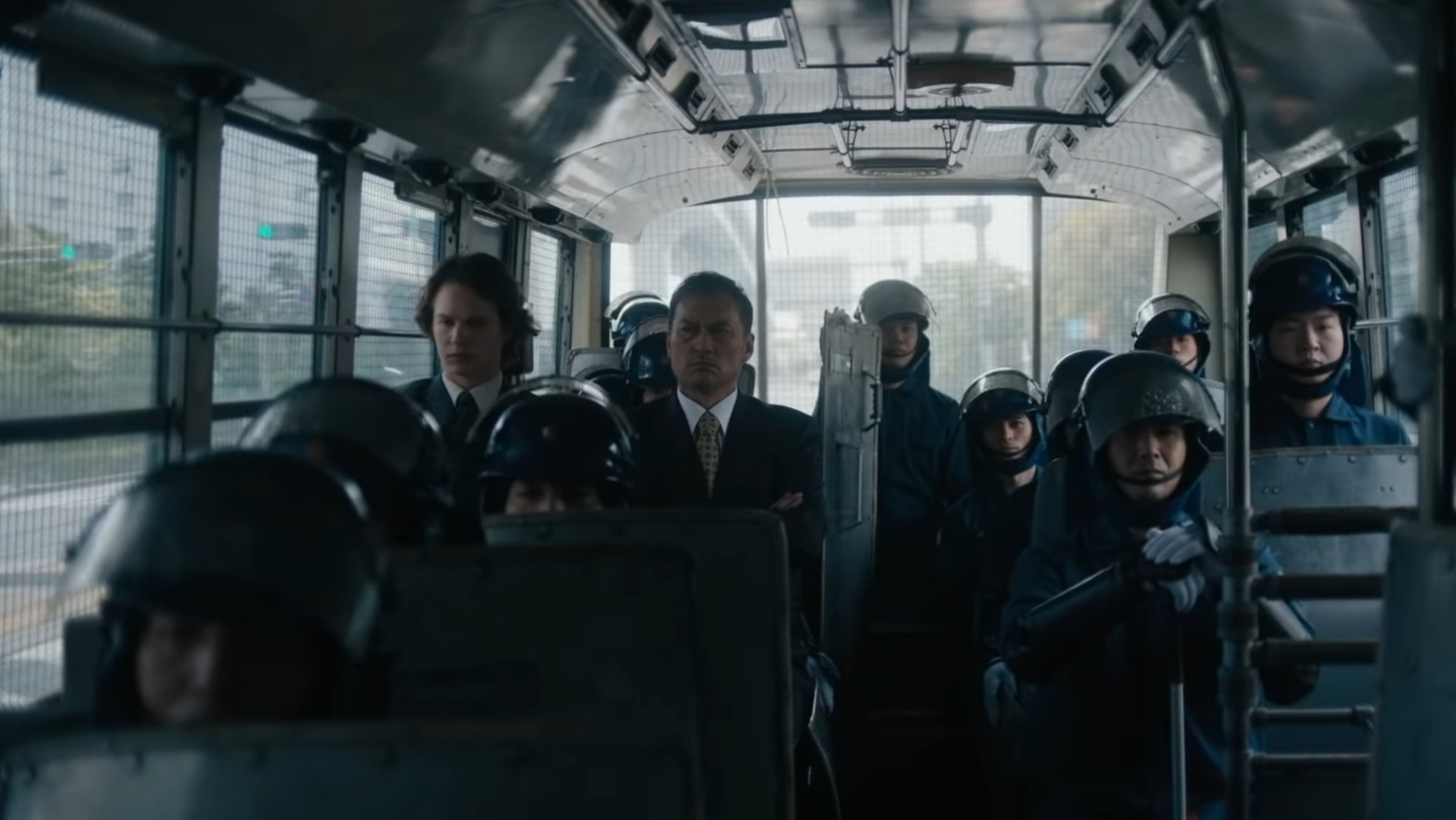 The series starts out with Jake who gives an exam to make sure that he gets selected to be a reporter. In that scene his character gets set up perfectly as this naïve but brilliant prospect, although can still make mistakes after getting overconfident. Starting out with his job, Jake tries his best to understand how the reporters and the police work together, and from there on you learn about the bleak state of things.

Tokyo Vice is very much a story-based show that puts its world in front of its characters first, that’s not to say that the characters are heavily neglected. The series builds up its momentum as Jake stumbles upon a conspiracy which leads him to Hiroto. From there on out it's this duo that makes this intensely gripping show so much worth watching. While Jake is the naïve and confident young prospect, then Watanabe’s Hiroto is the calm and collected father figure that guides Jake through his journey. Elgort and Watanabe’s dynamic truly is the high point of the series.

While the world of Tokyo Vice is grim, dirty and brutal, it still maintains a sense of humanity which is explored through Sato (Show Kasamatsu), a Yakuza enforcer, and Samantha (Rachel Keller), a hostess of a club. The secondary characters of the show, their dynamic brings a nice sense of drama. Their interactions with Jake tend from being really fun to downright tense at times.

Tokyo Vice also has a great sense of levity to it as the series understands to use humour when needed. It feels natural in the grand scheme of things and made me appreciate some of its darkness even more. The tone particularly shines and that’s due to the blend of its cinematography with the almost-pedestrian like nature.

Michael Mann only directs the first episode but his personality is felt throughout it. The almost hand-held like feeling of the camera with the quick and snappy cuts during the action make for an engrossing watch. It almost feels like you’re right there with Jake as he interviews a grieving widow. Also, not to mention, the build up to scenes here.

Tokyo Vice has scenes of immense suspense and thrill that will definitely have you clutching your wrists. The best way to explain it would be a rope almost about to break being pulled to its absolute limit, and just as it tears, all hell breaks loose. 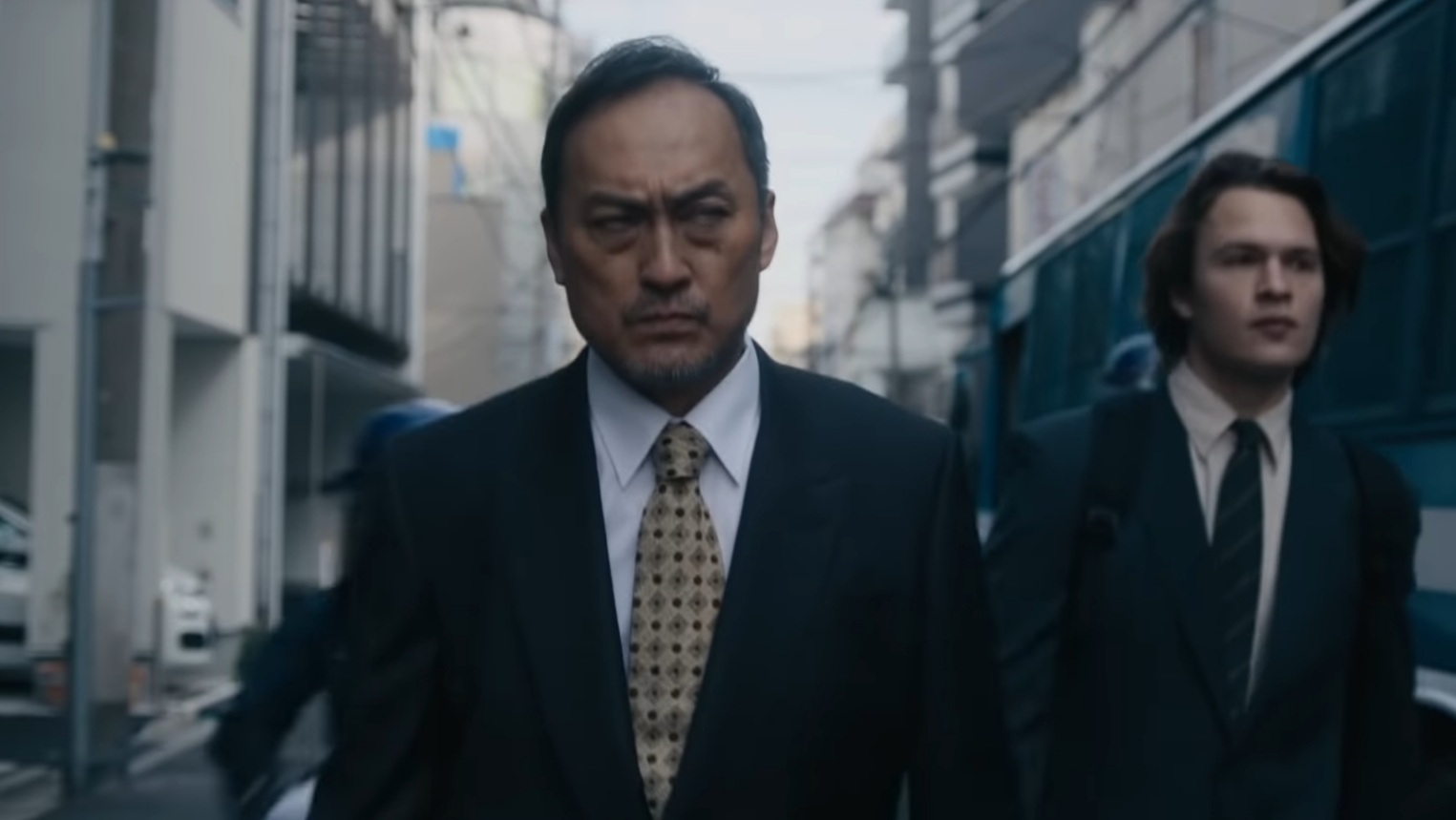 Talking about the world of Tokyo Vice I have mentioned about how bleak it feels, and that’s because how much of a character the city of Tokyo feels like. If you watched the recent The Batman, then the exploration of Gotham sticks out the most, in the same vein you can feel it for Tokyo as well. Information is everything in a city like this, and sometime having a go ahead on things can really help. It’s dirty, crime-ridden and corrupt in many ways. I loved the exploration of the city. The Batman Movie Review: Matt Reeves & Robert Pattinson Deliver the Definitive Version of DC’s Dark Knight! (LatestLY Exclusive).

If the one bad thing about Tokyo Vice I would have to mention, then it would be that some scenes can drag on for a minute too long. But once out of it, you’re back into it.

Some Scenes Can Drag On

I really enjoyed my time with Tokyo Vice. From its gritty exploration of Tokyo to the dynamic of Elgort and Watanabe, it stands up as a great crime-thriller that will definitely reward you with its tension build-up and a great sense of balancing tones. Here is hoping that they nail the finale, because this truly is one of ‘2022s standout shows. Tokyo Vice releases on Lionsgate Play on April 29, 2022 and is already streaming on HBO Max in international markets.

(The above story first appeared on LatestLY on Apr 28, 2022 04:51 PM IST. For more news and updates on politics, world, sports, entertainment and lifestyle, log on to our website latestly.com).