The Offer is an upcoming series created by Michael Tolkin and is based on the making of The Godfather. It stars Miles Teller, Matthew Goode, Dan Fogler, Giovanni Ribisi, Patrick Gallo and Juno Temple. It streams on Voot Select on April 28, 2022. 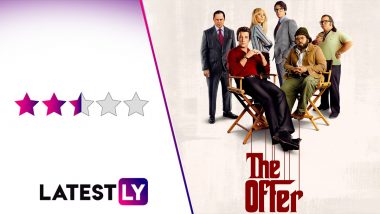 The Offer Series Review: The year of 2022 marks the 50th anniversary of The Godfather. The definitive Mafia film that has influenced crime movies of the late 20th century and early 21st century in such a huge way. The story of the Corleone family is one for the ages that was execute perfectly by Francis Ford Coppola and Mario Puzo, so what better way to celebrate the movie than make a series based on its development? Only problem being, the series isn’t able to do that completely. The Offer Trailer: Miles Teller and Dan Fogler Try Making The Godfather in This Limited Series! (Watch Video).

Developed by Michael Tolkin, The Offer follows the hardships that came with the making of The Godfather. Transported back to golden age of Hollywood, we follow Paramount producer, Albert S Ruddy (Miles Teller), doing his best to make sure that this movie gets made. We follow his journey as he gets on the author of The Godfather Mario Puzo (Patrick Gallo) to write the movie and Francis Ford Coppola (Dan Fogler) to direct it. 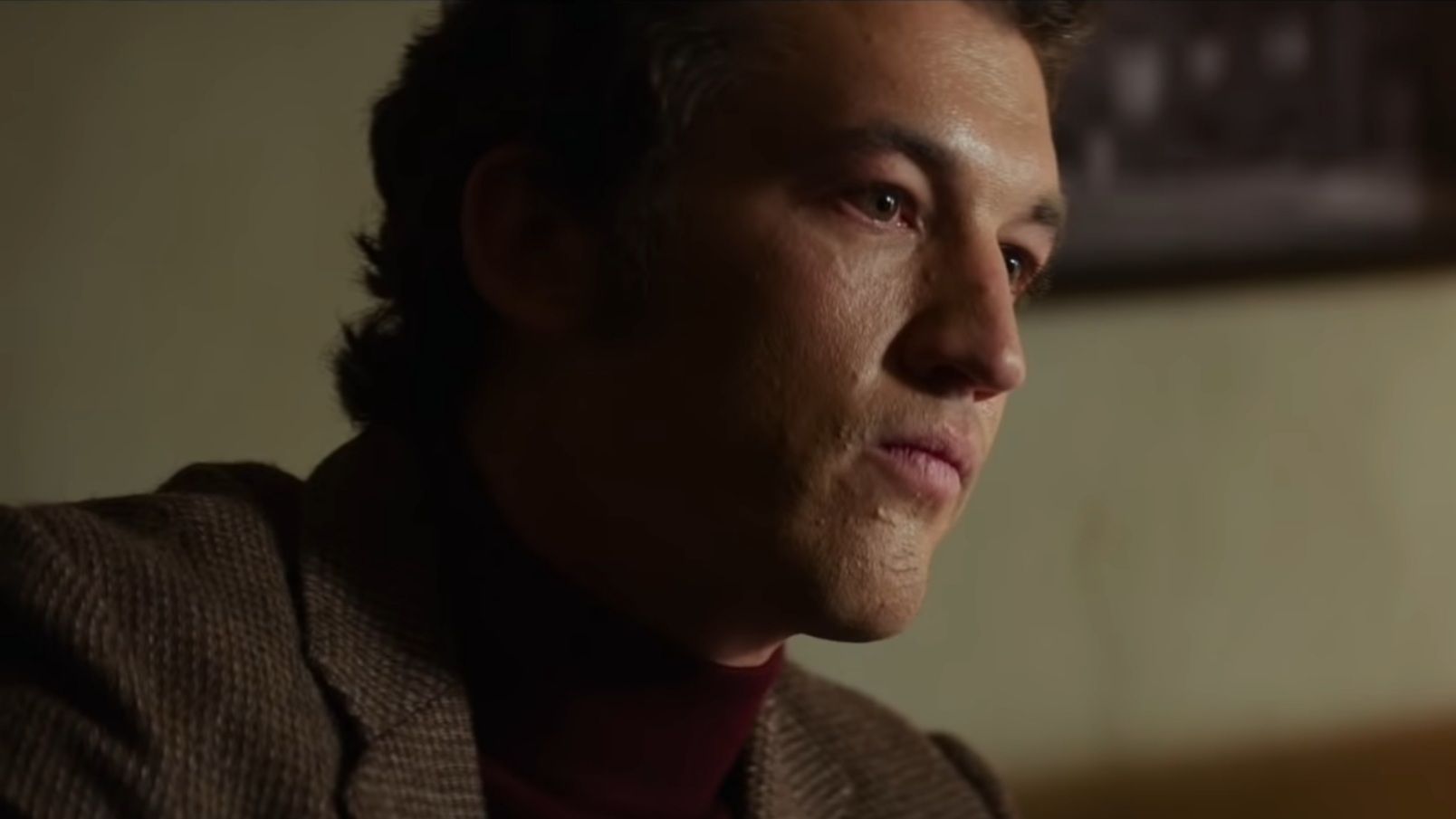 A Still From The Offer (Photo Credit: Paramount+)

Harkening back to the days of The Godfather, the show itself does a good job at portraying the cut-throat movie making business. We have Teller’s Albert S Ruddy who is trying his best to get this movie made, while Matthew Goode’s Robert Evans, a studio executive, is giving out reasons as to why this movie should be made. You get countless references back to those days of Frank Sinatra (Frank John Hughes) and Marlon Brando (Justin Chambers), and that’s what keeps the personality of the show intact.

Teller does his best to make the struggle of getting this movie made real while Matthew Goode’s voice makes me wish that he would read out the morning news to me after I woke up. He has that charming sense to him that harkens back to the days of the heavy voices that belonged to those who read infomercials. While all of this seems a bit dramatised for a real life story, it very much helped with the series having a character to it.

On the other hand you have Dan Fogler and Patrick Gallo trying to crack the script while the pressure keeps on rising. Fogler, hot off the heels of Fantastic Beasts, again shines here as one of the most entertaining actors that you will see. Juno Temple as Bettye McCartt also possesses that charming nature of being a sassy secretary and this ensemble of characters makes the show more enjoyable that it should be.

Although when delving into the crime aspects that took around during the making of The Godfather, The Offer runs into an issue there as it fails in doing anything worthwhile. Giovanni Ribisi stars as Joe Colombo, head of a crime family, and from there on you have unnecessary subplots being introduced that drag down the show. 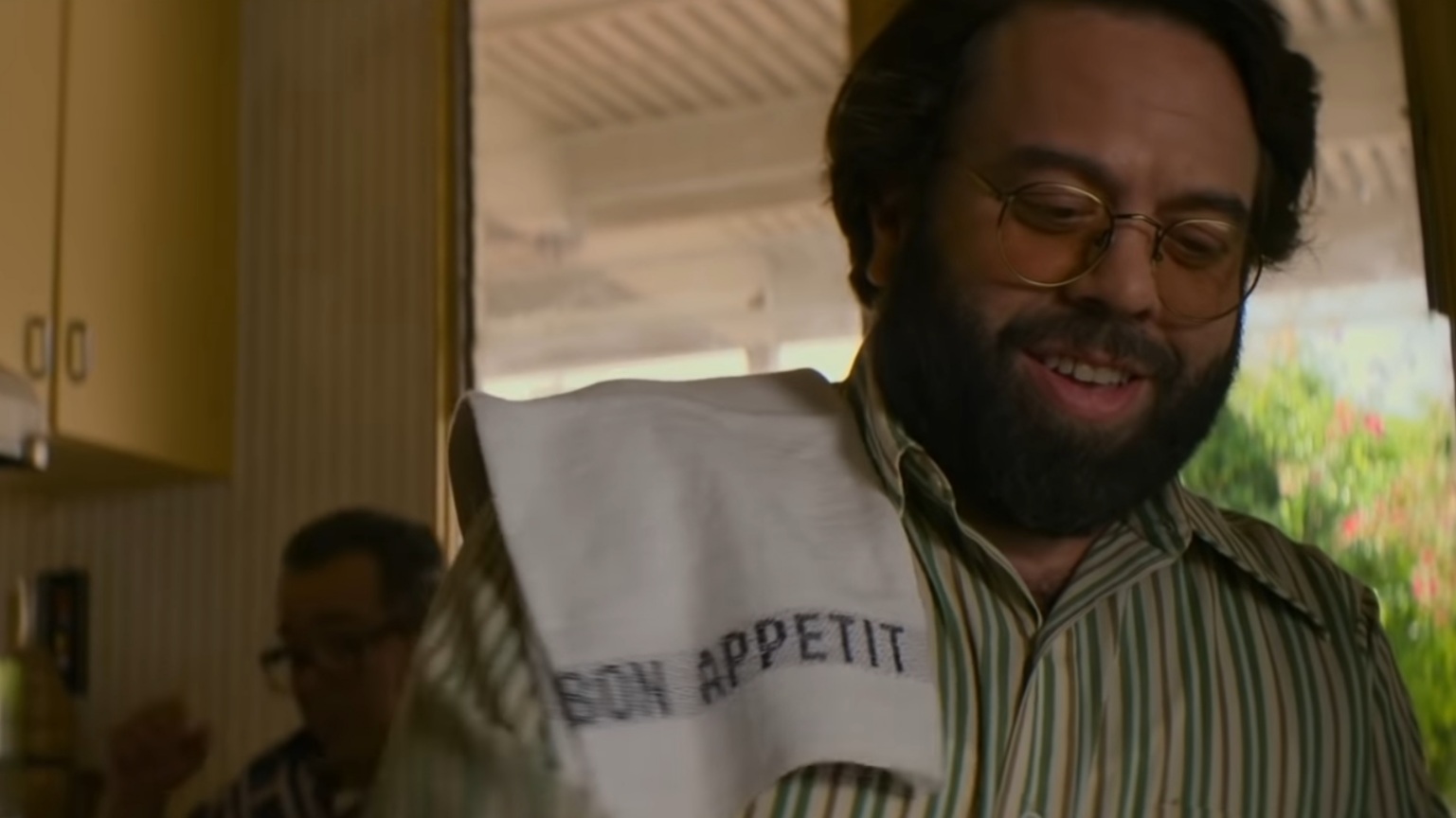 A Still From The Offer (Photo Credit: Paramount+)

If to compare it, I would say it runs into the same problems as House of Gucci. Once the more interesting aspects of the story are done, which usually happens in the first half, the story from there on out starts becoming a drag. Well, just like The Godfather Part III. House of Gucci Movie Review: Lady Gaga and Adam Driver Shine in This Drama With Uneven Progression (LatestLY Exclusive).

Everytime I felt like I was out, the show was starting to pull me back in, but then eventually in the third act I had to turn back and utter to myself “look how they massacred my boy…” (It’s a lame reference, forgive me). The Offer eventually ended up feeling like a six episode show that was stretched to be 10. Introducing unnecessary plotlines, The Offer eventually felt like someone checking off a Wikipedia checklist.

While sure, it does get a bit tiresome by the end, it still features some great insight into the making of The Godfather that any fan of the film will deeply appreciate. Dexter Fletcher best known for his work on Bohemian Rhapsody and directing Rocketman brings great energy to his episodes as well. He has that flair of making anything drab seem pulpy as well, and thankfully becomes the saving grace at many times.

The Godfather Fans Will Appreciate

The Offer has a stellar cast that brings a great amount of charm and pulpiness in documenting Paramount Studios' biggest success to date, but unfortunately it’s last few episodes bring it down heavily. While the first half of the series had me hooked in, the final few episodes were just an offer that I had to refuse. The Offer streams in India on Voot Select from April 28, 2022.

(The above story first appeared on LatestLY on Apr 27, 2022 06:10 PM IST. For more news and updates on politics, world, sports, entertainment and lifestyle, log on to our website latestly.com).