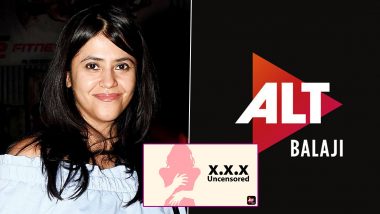 While the report also mentioned that the Cybercrime department, had received the complaint and had 'sought an opinion from legal experts on the same,' it is now being reported that the case has been dismissed.

After due investigations were conducted, the Hyderabad cyber crime police did not find anything offensive in the said content and on the basis of 'lack of evidence', the case was dismissed, read a report in Pinkvilla. Naagin 5: Dipika Kakar Approached For The New Season of Ekta Kapoor’s Supernatural Show? (Read Details).

A source from the industry told the portal, "A Hyderabad based complainant raised an objection against an Alt Balaji show and wanted to raise an FIR. But when the police undertook an investigation, the FIR filing was dismissed because there wasn’t anything objectionable that was found."

The quote also read, "A police department already investigated the case, went to the respective platform, saw the show and found nothing offensive." Well, looks like all that Ekta will now have to deal with is Hindustani Bhau and his grievances.

(The above story first appeared on LatestLY on Jun 03, 2020 10:15 AM IST. For more news and updates on politics, world, sports, entertainment and lifestyle, log on to our website latestly.com).