Your Honor Season 2: Abhishek Bajaj Stars as a Punjabi Pop Star in the Sony LIV Show

Student of the Year 2 actor Abhishek Bajaj, who is seen playing the role of a Punjabi pop star 'man in the web series Your Honor 2, opens up on his role and how he find it different from previous on-screen characters. 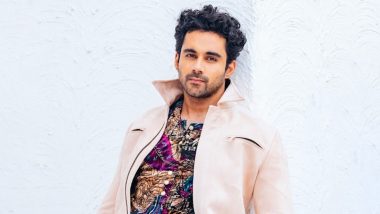 Student of the Year 2 actor Abhishek Bajaj, who is seen playing the role of a Punjabi pop star 'man in the web series Your Honor 2, opens up on his role and how he find it different from previous on-screen characters. Abhishek says: "I am playing the biggest pop star in Punjab and his songs are always a hit whether it is 'Downtown Boys' or 'Billi Billi Akh' these songs are super cult songs in Punjab. Rohit Shetty and Sidharth Malhotra to Team Up for a Cop Based Web Show – Reports.

Whenever he goes to a party he is the charm of the party and every fan goes mad for him and he is a spoiled brat like he is into drugs and thinks that everything revolves around him and he knows that he has stardom which he can use anyway." "This guy is full of energy and there is no such time where there is a dull moment and his life turns completely when he gets caught in a drug case and the whole scenario changes after that moment," he adds. Matsya Kaand: Zoya Afroz Talks About Playing Urvashi in MX Player’s Thriller Series, Calls the Web Show ‘A Roller Coaster Ride’ (LatestLY Exclusive).

The series also features actors Gulshan Grover and Mahie Gill. Abhishek further shares about his character and says that 'Aman' is the one for whom people go crazy. His life is full of ups and downs. He faces downfall in his career, when he gets caught in a drugs case.

On briefing about the challenges, he faced by him on playing this role, the actor shares: "In real life I'm different from 'Aman'. So, to play this character I had to go through research I went through the life of a lot of pop stars like how they perform, how they act in particular situations. And seen some videos based on drugs like how people behave after consuming drugs."

"I did a deep study on this and I still remember I've seen one documentary on where people go to buy drugs, how they act, how they react when they are caught red-handed with drugs. I have added my nuances to the character and one thing I have to add like for one scene I didn't sleep for 24 hours because I wanted to make that scene more realistic."

"I think people enjoy seeing this character because the aura of this guy is very different and he has his vibe in one word he is a charmer and they sympathise also when he gets arrested. Because he goes through a lot and all of sudden his whole life changes this is the really interesting part."

(The above story first appeared on LatestLY on Nov 23, 2021 11:31 PM IST. For more news and updates on politics, world, sports, entertainment and lifestyle, log on to our website latestly.com).