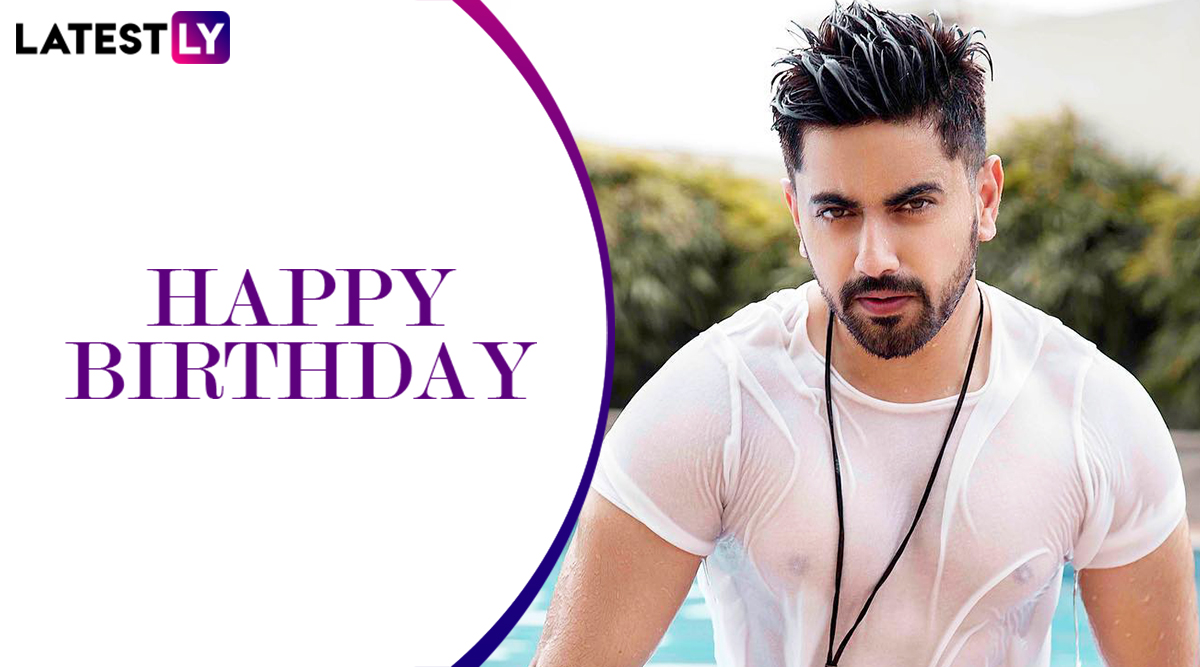 Actor Zain Imam, slowly not steadily made his way into the hearts of the audience when he grabbed his debut role in Kaisi Yeh Yaariyaan, where he was the good guy. However, his big break came in when he played a negative role in Tashan-E-Ishq. The show gave him immense recognition and also won him his first award for a Negative Role. His second big role came in the form of Naamkaran where he was seen as a formidable police officer and that won him lots of accolades. Shrenu Parikh-Zain Imam’s Ek Brham Sarvagun Sampanna to Go on Air From THIS Date – Find Out.

And while we can go on and on about his professional choices, on the eve of his 32nd birthday, here are a few interesting tidbits that you must know about Zain Imam! FIRST PICS From Khatron Ke Khiladi 9’s Shoot: Vikas Gupta, Aly Goni, Zain Imam Are All Set to Take Over Argentina!.

Zain Imam is an Amity University MBA Graduate, but he did not find working under someone too much appealing.

“Do all the good you can, for all the people you can, in all the ways you can, as long as you can.” — Hillary Clinton @hillaryclinton 😍☺️ 📸 @iamsajidshahid for #sajidshahidcalendar

He has quite the ad portfolio after having modelled for brands like McDowell's No.1, Aldo Group, Reebok, Garnier Men Lip Balm. He has also worked for Hike Messenger, Bikaji Rishtey Sweets etc.

On this auspicious occasion of 15th shabaan/shab-e-baraat/wiladat Imam-al-Mehdi,i would like to share with the world one of the things from my check list, something that i had always wanted since a very long time now My black beauty #triumphbonnevillebobber Wanted to take a moment to thank the almighty for this beauty and affcourse the team at @officialtriumph @indiatriumph @shoeb_farooq bhai @arashkolah #triumph_motorcycles_mumbai And mere bhai @rohitroy500 and @randeepraii lets ride soon now and burn the road and also my family and friends who are my wall of support For Now: Please #parkyourride and DO NOT STEP OUT OF YOUR HOUSE tonight and ask for forgiveness being at home and repent tonight since the lord is hearing ya’ll and he”ll be ready to forgive ya’ll for your sins on this night #stayhome #besafe Lets eliminate #corona #covid_19 📸: my my bro @abhilashkumar thanks a ton for the effort buddy

Nina Dobrev and Jennifer Lawrence are his celebrity crushes and he desires to work with them both.

Getting into the #hotsprings #krabi be like .... oh yes #muchneeded #mustvisit Works wonders for any sort of pains Be it mental or physical😂😂 You come out feeling refreshed #travelogues #travelgram #travelblogger #cityexplored #thailand #instagrammers #gotouring #traveltheworld

He has a huge sweet tooth and can consume anything and everything sweet.

The secret behind Zain's ripped physique is that he is a fitness freak and is into mixed martial arts to keep all that sugar in control. Happy Birthday, Zain Imam!