In the world of business, how important is it to make, maintain and enhance your connections, especially today, where the time-honoured practice of face-to-face engagements has (of necessity in many cases) proved difficult to maintain? 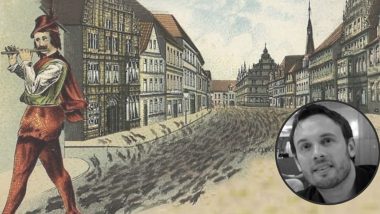 In the world of business, how important is it to make, maintain and enhance your connections, especially today, where the time-honoured practice of face-to-face engagements has (of necessity in many cases) proved difficult to maintain?

There’s a humorous old poem by W.S. Gilbert, in which two survivors of a shipwreck cling to the same mast and find themselves on a desert island. Unfortunately, the etiquette of the time meant they couldn’t engage with each other:

These passengers, by reason of their clinging to a mast

Upon a desert island were eventually cast.

They hunted for their meals, as Alexander Selkirk used,

But they couldn't chat together--they had not been introduced.

As a consequence, the two survivors - Peter Gray and Somers - were forced to ignore each other and settle ownership of the island (without a word of mouth) with Gray occupying the northern half, along with its oyster beds, and Somers the south, with its colony of turtles. Unfortunately, Gray couldn’t stand oysters and Somers hated turtles. Then one day, Gray overheard Somers talking to himself about old friends, one of whom Gray recognised as an old friend of his, too. It was miraculous! They had a mutual friend which, according to the rules of etiquette, allowed them to converse with each other:

It was enough: they felt they could more pleasantly get on,

For (ah, the magic of the fact!) they each knew Robinson!

And Mr. Somers' turtles were at Peter's service quite,

A humorous lesson in how not to develop a mutually beneficial business arrangement! They had no-one to make the introductions, no-one to help them appreciate what the other had to offer, and no-one to provide structured support for the benefit of both parties.

The poem was written over 130 years ago and made a mockery of the archaisms of etiquette. In the real world since then, developing business contacts has moved on from leaving or exchanging your business card in Victorian times to membership of websites such as Virtualnonexecs.com, where contacts, introductions and support are readily available online.

BoardAi, developed for the Virtualnonexecs community (and now the general business community on a global scale), is a powerful tool for accessing people who have spent their career in successful, executive roles for leading businesses (including Listed entities) along with Lords, Sheikhs and global business leaders!  Imagine the six degrees of separation principle adapted for the AI age:  no one is out of reach, for with 11,000+ non-executives and board advisors accessing 19,000+ SME and PLC boardrooms, the BoardAi programme allows you to select your weekly interest and get face to face meetings in a few clicks.

It’s a far cry from the situation poor Gray and Somers found themselves in, for their story didn’t end happily. After years of successfully working together, they spotted a ship anchored in the bay. Rescue! But on approaching it they saw it was a convict ship, and what was worse, they noticed their mutual friend Robinson was one of the convicts. They refused to board the ship. Furthermore, neither man felt it respectable to keep up the friendship, for who would wish to be associated with a man who had a convict for a friend? So, in the end:

To allocate the island they agreed by word of mouth,

And Peter takes the north again, and Somers takes the south;

And Peter has the oysters, which he hates, in layers thick,

And Somers has the turtle--turtle always makes him sick.

Ian Wright is the CEO and Founder of Virtualnonexecs.com, a global networking platform and the UK’s leading peer-to-peer boardroom community.  With 11,000 members sitting in c.20,000 boardrooms, he is regarded as a leading authority in the non-executive director space.