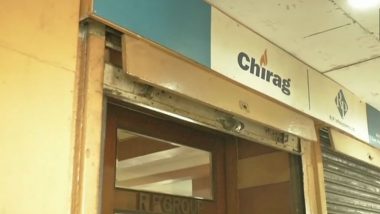 Kolkata, February 28: Weeks after the Nirav Modi – led Punjab National Bank fraud worth Rs 11,400-crore shook the Indian banking system; another similar fraud has come into light. The Central Bureau of Investigation (CBI) on Wednesday registered a case against Kolkata-based RP Infosystems and its directors for cheating a consortium of banks for over Rs 515 crore. As per reports, the consortium of banks include Canara Bank, State Bank of India (SBI), fraud-hit Punjab National Bank (PNB) among others.

The recent CBI move comes following a complaint by Canara Bank. The CBI has filed first information report (FIR) against RP Infosystems and its directors, including Shivaji Panja. The case has been registered under sections 120B (criminal conspiracy) read with 420 (cheating), 468 and 471 (both related to forgery) of the IPC and the criminal misconduct by a public servant.

As per report, an FIR has been registered against company's directors Shivaji Panja, Kaustuv Ray, Vinay Bafna, vice-president (Finance) Debnath Pal, and unknown bank officials. In June last year, Panja was reportedly booked along with his two colleagues and his company RP Infosystems for allegedly cheating IDBI Bank to the tune of Rs 180.44 crore.

To recall, the PNB fraud-that is believed to be one of the biggest scam in Indian banking history was detected on February 14,2018. Billionaire jeweller Nirav Modi and associates allegedly cheated the PNB Bank by acquiring fraudulent letters of undertaking (LoUs) from one of its branches for overseas credit from other Indian lenders. In the last week, the ED said it has frozen mutual funds and shares worth Rs 94.52 crore of the Nirav Modi and Mehul Choksi groups in connection with a money laundering probe against them in the Rs 11,400-crore alleged fraud at the Punjab National Bank (PNB).

(The above story first appeared on LatestLY on Feb 28, 2018 04:44 PM IST. For more news and updates on politics, world, sports, entertainment and lifestyle, log on to our website latestly.com).