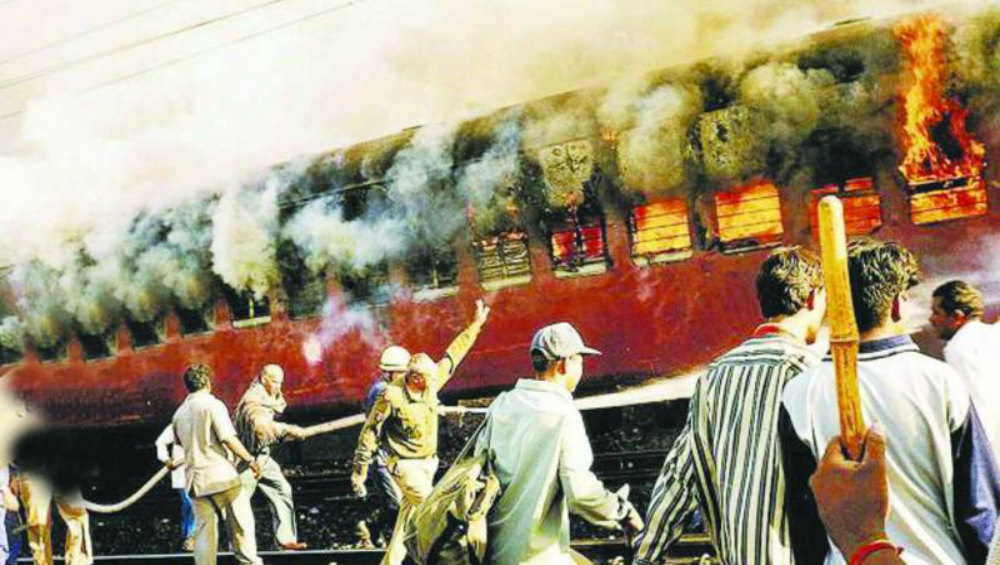 Gujarat, December 11: The state government tabled in the Assembly the final part of the Justice Nanavati-Mehta Commission report on the 2002 riots.  According to an ANI tweet, in the report, it is mentioned that the post-Godhra train burning riots were not organised. The Commission has thus given a clean chit given to Narendra Modi led Gujarat Government.

In the violence, more than 1,000 people were killed in communal riots that took place across the state. According to a PTI report, the first part of the report of the commission, formed to inquire into the cause of the Godhra train burning incident and the communal riots, was tabled in the Assembly on September 25, 2009. The final report was submitted to then chief minister Anandiben Patel, but it was withheld by the state government since then. 2002 Gujarat Riots Case: Supreme Court to Hear Plea Today Challenging SIT Clean Chit to PM Modi.

In Nanavati-Mehta Commission report tabled in Gujarat assembly, it is mentioned that the post Godhra train burning riots were not organized, Commission has given clean chit given to Narendra Modi led Gujarat Govt pic.twitter.com/HzIs0LsEQ1

In 2002, Narendra Modi announced a one-man commission to inquire into the cause of the Godhra train burning incident that had killed 59 passengers. The government, however, later reconstituted the commission, with Justice G T Nanavati, a former Supreme Court judge, as its chairman and Justice KG Shah, a former high court judge, as a member.