70 Army Personnel, Their Families Give Consent for Organ Donation Under AORTA Initiative 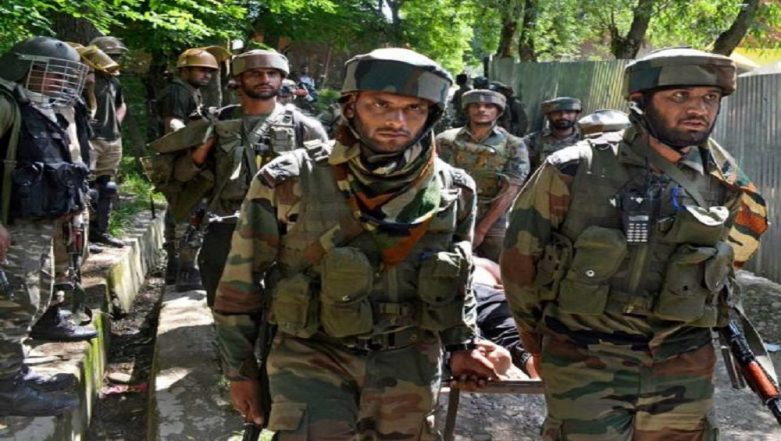 Srinagar, Jun 19: At least 70 Army personnel and their kin have given consent for organ donation under an initiative of the Army Organ Retrieval and Transplant Authority (AORTA), an official said Wednesday.

"As a part of the silver jubilee celebrations of the 20 Rashtriya Rifles Battalion, the unit instituted a noble gesture of organ donation. The initiative was conceptualised by the regimental medical officer under the able guidance of Colonel Shailendra Singh Negi. The initiative is to be commenced under the aegis of the Army Organ Retrieval and Transplant Authority (AORTA)," he said. Jammu & Kashmir: 2 Including Army Officer Injured in Gunfight With Militants in Anantnag.

The official said as part of the campaign, the unit conducted a number of lectures to spread awareness among officers, men and their families on the subject of organ donation.

"The lectures highlighted the importance of organ donation, which helps save numerous lives of trauma or organ failure patients. Over 70 individuals forwarded their consent for this noble cause in the service of humanity, including the Commanding Officer and his wife," he said.

Maj Gen Raju Chauhan, General Officer Commanding, 31 Sub Area, during his visit to the battalion, distributed the certificates to the individuals who have given their consent to AROTA for organ donation.