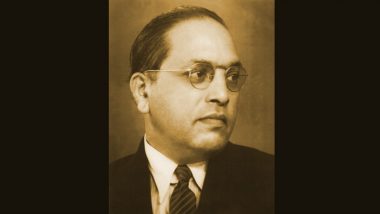 Bhavnagar, July 13: A statue of Babasaheb Ambedkar was desecrated on Monday in Sihor town in Gujarat's Bhavnagar district, police said.

Someone covered the bust with a bucket and placed a empty liquor bottle near it, the act having been done between midnight and 8am, an official said.

People of the vicinity approached Sihor police station in the morning after which an FIR was registered against unidentified person/s under IPC section 295 for defiling a place of worship, the official informed. People later cleaned the bust, he added.