The CBI has registered a case against UK-based Cambridge Analytica and Global Science Research Limited in a case of alleged illegal harvest of personal data of 5.62 lakh Indian Facebook users. 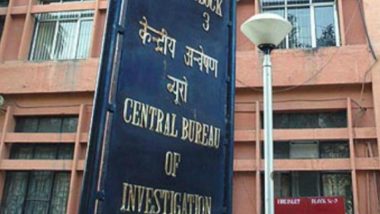 New Delhi, Jan 22: The CBI has registered a case against UK-based Cambridge Analytica and Global Science Research Limited in a case of alleged illegal harvest of personal data of 5.62 lakh Indian Facebook users.

The case was registered after its Preliminary Enquiry in July 2018 on the central government's recommendation. The CBI PE came after Union Law and IT Minister Ravi Shankar Prasad told the Rajya Sabha that the probe will be handed over to the central agency.

The CBI had earlier examined a set of details shared by Cambridge Analytica and Facebook in its ongoing probe into data harvesting of Indians from the social media platform.

The agency had sought the data from Cambridge Analytica and Facebook, based in Britain and the US respectively, in order to know the method of data collection by Cambridge Analytica, the political consultation firm that combined data mining, data brokerage, and data analysis with strategic communication during the electoral processes.

The firm was started in 2013 as an offshoot of the SCL Group and closed its operations in 2018 in the course of the Facebook-Cambridge Analytica data scandal, although related firms still exist.

Cambridge Analytica allegedly received data from the Global Science Research, which employed "illegal means" to harvest personal data of Indians on Facebook, which has more than 20 crore users from India.

(The above story first appeared on LatestLY on Jan 22, 2021 11:35 AM IST. For more news and updates on politics, world, sports, entertainment and lifestyle, log on to our website latestly.com).