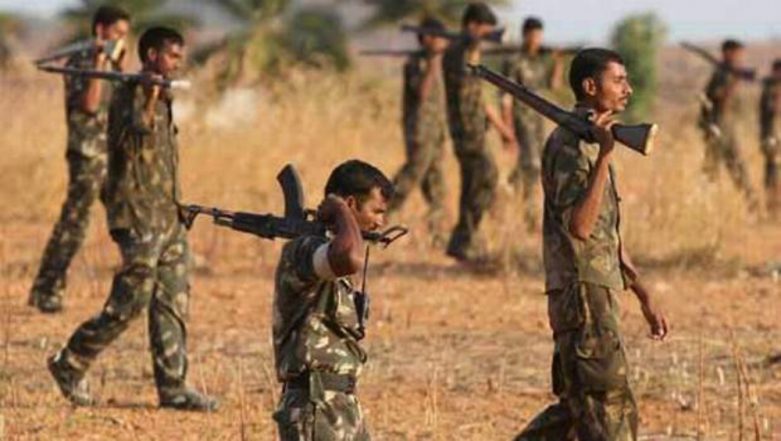 According to reports, a team of District Reserve Guard (DRG) gunned down seven Naxals in Sitagota jungle under Bagnadi Police Station in Rajnandgaon after an exchange of fire. CoBRA Battalion Bust Maoist Camp in Gaya, Three Naxals Gunned Down in Encounter.

Arms and ammunition were recovered from the encounter site after a counter-insurgency operation. The identities of slain Maoists and more details about the encounter were awaited. After Maharashtra, Seven Maoists in Chhattisgarh Near Telangana Border Shot dead by Security Forces.

On July 29, two Naxals, including a woman, were killed in an encounter with security forests in Sukma district. The firefight occurred in the forest near Kanhaiguda village under Konta police station limits.