Maliwal, had on September 20 summoned Twitter India Policy Head and Delhi Police over tweets depicting child pornography and rape videos of women and children over the social media platform Twitter. 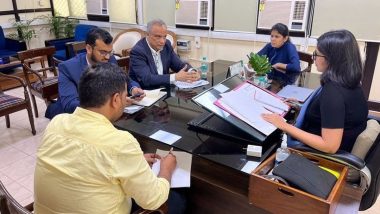 New Delhi, September 27: Delhi Commission for Women chairperson Swati Maliwal on Tuesday said the replies received from both Twitter and Delhi Police officials in the Child Pornography complaint were incomplete and the commission was not satisfied with it.

Taking suo moto cognizance of several tweets on Twitter openly depicting videos and photographs of sexual acts involving children, the Commission said that most of the tweets portrayed children completely naked and many of them also depicted brutal rape and other non-consensual sexual activities with children and women.

The Commission has also issued summons to Delhi Police seeking an FIR in the matter and has recommended that the children and women visible in the child pornographic and rape videos be identified and assisted.

"Shockingly, some of these videos even depicted rape with children and women while they were asleep! Some of the Twitter accounts engaging in these criminal acts appear to be running a racket wherein they seek money for providing pornographic and rape videos of children from other users of the social media platform," Maliwal had said in a press briefing. DCW Summons Twitter India Head Over Availability of Child Pornography on Website.

The Commission had asked to provide reasons why the tweets were neither deleted nor reported by Twitter. The Commission had also sought data regarding the number of such tweets presently available on Twitter. Further, it has sought the number of tweets depicting child pornography and rape identified, deleted, and reported by Twitter in the past four years.

(The above story first appeared on LatestLY on Sep 27, 2022 01:13 PM IST. For more news and updates on politics, world, sports, entertainment and lifestyle, log on to our website latestly.com).