Along with Delhi and Maharashtra, other major states including Tamil Nadu, Gujarat, Odisha and Uttar Pradesh have also announced few relaxations. 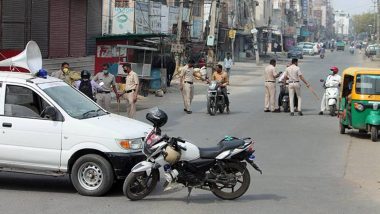 New Delhi, June 6: In a planned approach towards unlocking, state governments are announcing new relaxations to the lockdown and curfews in their respective states as COVID-19 cases begin to dip. From the new relaxations announced in Delhi, to the five-level unlock Maharashtra, many states are easing their ongoing lockdown.

Along with Delhi and Maharashtra, other major states including Tamil Nadu, Gujarat, Odisha, and Uttar Pradesh have also announced a few relaxations.

List of states where the new relaxations will come into effect from June 7:

Uttar Pradesh: Night curfew between 7pm and 7am and the weekend “corona curfew” would continue to be in effect. The restrictions have been eased in 64 out of the total 75 districts in the state. Meerut, Lucknow, Saharanpur, Varanasi, Ghaziabad, Gorakhpur, Muzaffarnagar, Bareilly, Gautam Buddh Nagar, Bulandshahr and Jhansi are still under the restrictions due to the high number of cases, according to the state government.

Tamil Nadu: The ongoing lockdown has been extended till June 14, chief minister MK Stalin on Saturday announced a few relaxations. Shops selling essential goods such as provisions, vegetables, meat and fish stalls are allowed to function between 6am and 5pm. No relaxations have been allowed in 11 districts where the number of cases are still high, the government ordered.

Gujarat: The private and government offices would be allowed to function with 100 per cent staff in Gujarat. Also, shops have been allowed to remain open between 9am and 6pm in 36 cities. The state government has also extended the lockdown till June 11 to control the transmission of COVID-19.

Odisha: The Odisha state government has extended the ongoing lockdown till June 17. Nuapada, Gajapati and Sundargarh will have relaxed weekday lockdown hours from 6am to 1pm. Essential commodities could be availed from shops in the above mentioned time period in the three districts, where the total positivity rate has fallen drastically.

(The above story first appeared on LatestLY on Jun 06, 2021 01:12 PM IST. For more news and updates on politics, world, sports, entertainment and lifestyle, log on to our website latestly.com).