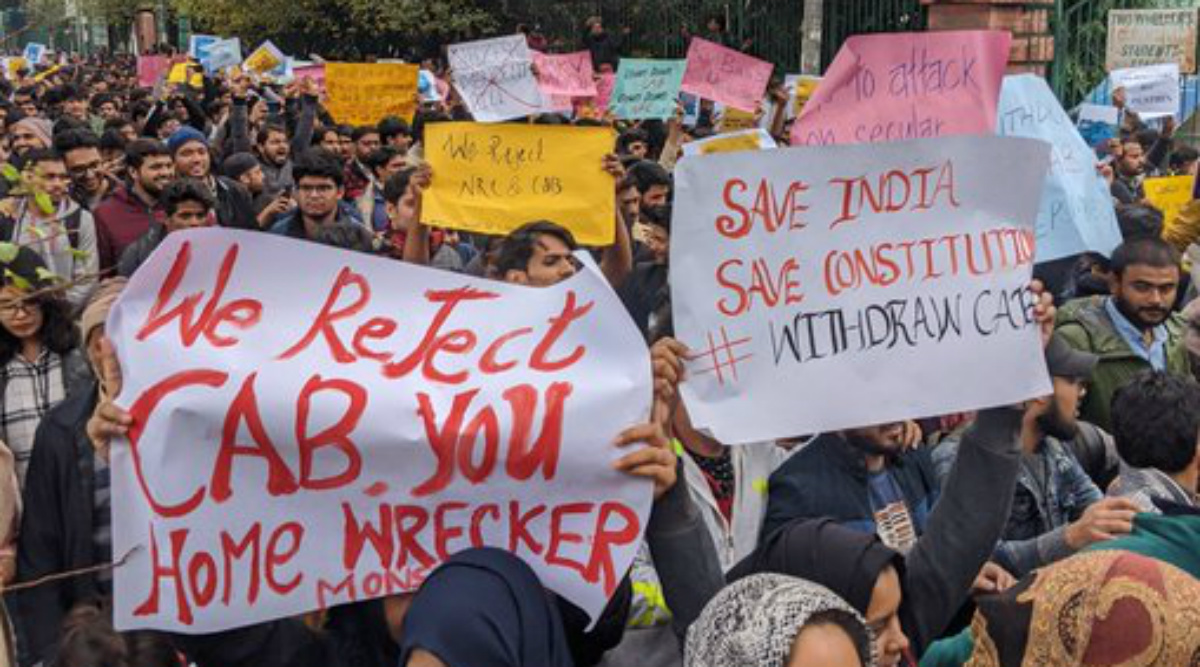 New Delhi, February 16: After a video of Delhi Police personnel allegedly conducting lathicharge inside the Jamia Millia Islamia University library on December 15 surfaced, another video is doing rounds on social media in which Anti-CAA protesters were seen carrying stones entering the reading hall. The Delhi police claimed that the people entering the library were “rioters” who resorted to violence during the December 15 protests outside the university campus. Police Enters Jamia Millia Islamia Campus to Nab 'Outsiders' Involved in Violence During Anti-CAA Stir.

In the video accessed by India Today, the students were seen studying in the library before the protesters came. Their faces were covered, and they dragged a table to close the door. Delhi police officials told the media house that the rioters had barged the library to take refuge after which the police entered from the back door and lathicharged them. Jamia Millia Islamia Protests: 10 People With Criminal Background Arrested in Connection With Violence During Anti-CAA Stir, None of Them Students.

#JamiaUnderAttack Video of Jamia library before police arrived shows rioters with stones in their hand! jamia coordination committee has issued a 49 sec video to use their victim card pic.twitter.com/ohCQkkBSwp

Earlier in the day, the Jamia Millia Islamia University distanced itself from the video showing cops beating students inside the library with batons. In a statement issued to media, the varsity said, "It has come to our notice that some video with regard to police brutality in Dr Zakir Husain Library of the Jamia Millia Islamia (JMI) is in circulation. This is to clarify that the video has not been released by the university."

Further in the statement, the varsity also clarified that the Jamia Coordination Committee (JCC) which has been spearheading the anti-CAA protest outside Jamia's gate number 7 was not an official body of the university. The incident of violence dated back to December 15, when the peaceful protest against the citizenship act turned violent outside the university after some miscreants torched vehicles. The police then entered the university campus to nab the outsiders.