An unidentified man was caught on camera opening fire in front of a Delhi Police officer during clashes the pro and anti-Citizenship Amendment Act (CAA) groups in Jaffrabad. 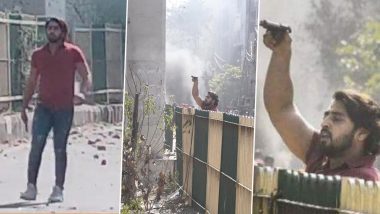 New Delhi, February 24: An unidentified man was caught on camera opening fire in front of a Delhi Police officer during clashes the pro and anti-Citizenship Amendment Act (CAA) groups in Jaffrabad in North East Delhi on Monday. In a couple of videos surfaced online, the man is seen wearing a red t-shirt and jeans and opening fire. In the videos, an officer, who seems to be dressed in riot gear, is seen trying to persuade the man carrying a handgun. Delhi Violence: One Civilian Succumbs to Injuries After Policeman Killed in Pro, Anti-CAA Protesters' Clash.

The videos showed the fearless officer standing tall in the middle of a main street as the gunman, identified as Shahrukh, and at least six others approach him. The gunman waves the weapon and shouts. He then fires once into the air as stones and chunks of concrete rain down all around the officer. The man then points the gun at the officer who slowly walks back, holding his hands away from his body, apparently to indicate he is unarmed. Delhi Violence: Sufficient Forces Deployed, Situation Under Control, Says MHA After Fresh Clashes Between Pro, Anti-CAA Groups.

The gunman walks right up to the police officer and shoves him away before firing in the air once more. He then fires on the other side of the road. People can be seen running in fear.

Video And Picture of Man Opening Fire in Delhi:

For the second day in a row, parts of northeast Delhi have been engulfed in violence. In this video, a man armed with a gun approaches a policeman and fires several rounds. Areas like #Chandbagh, Bhajanpura, Maujpur and Jaffrabad are the worst affected. pic.twitter.com/TgK4Kl1t1m 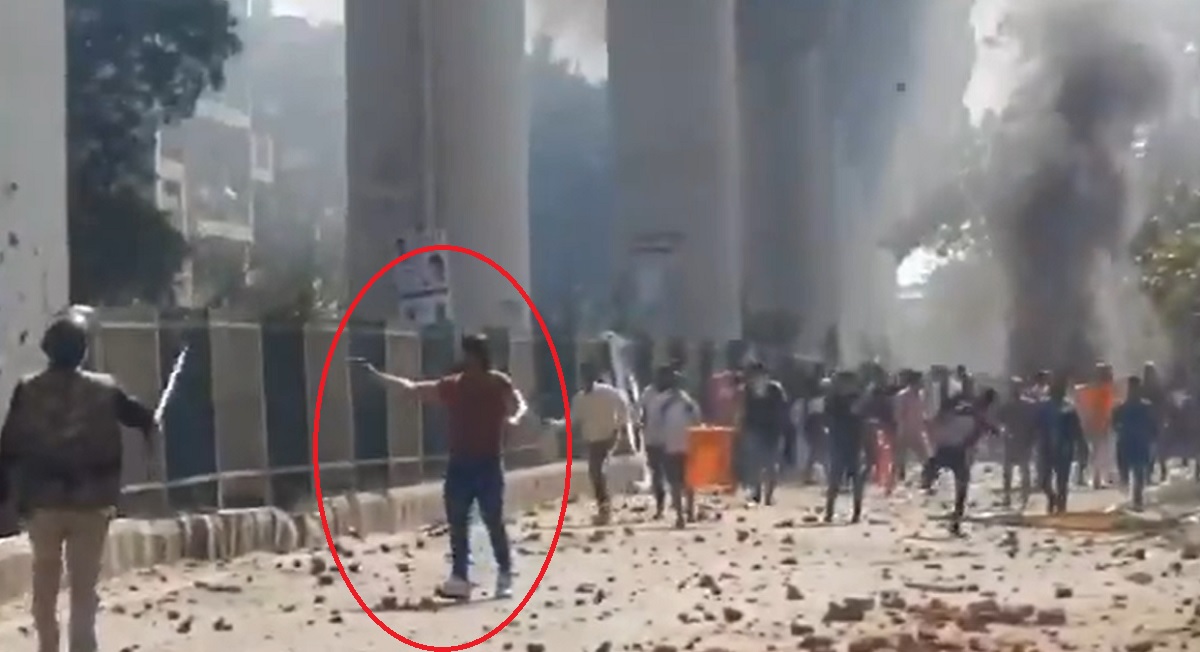 Fresh clashes erupted between the pro and anti-CAA groups in Maujpur, Kardampuri, Chand Bagh and Dayalpur areas of North East Delhi. The violence caused the death of at least one police officer, head constable Ratan Lal, and left another, a Deputy Commissioner, injured in Gokulpuri. A civilian was also killed in the clashes.

(The above story first appeared on LatestLY on Feb 24, 2020 09:32 PM IST. For more news and updates on politics, world, sports, entertainment and lifestyle, log on to our website latestly.com).