EVMs Cannot Be Tampered With, No Question of Going Back to Ballot Paper: CEC Sunil Arora 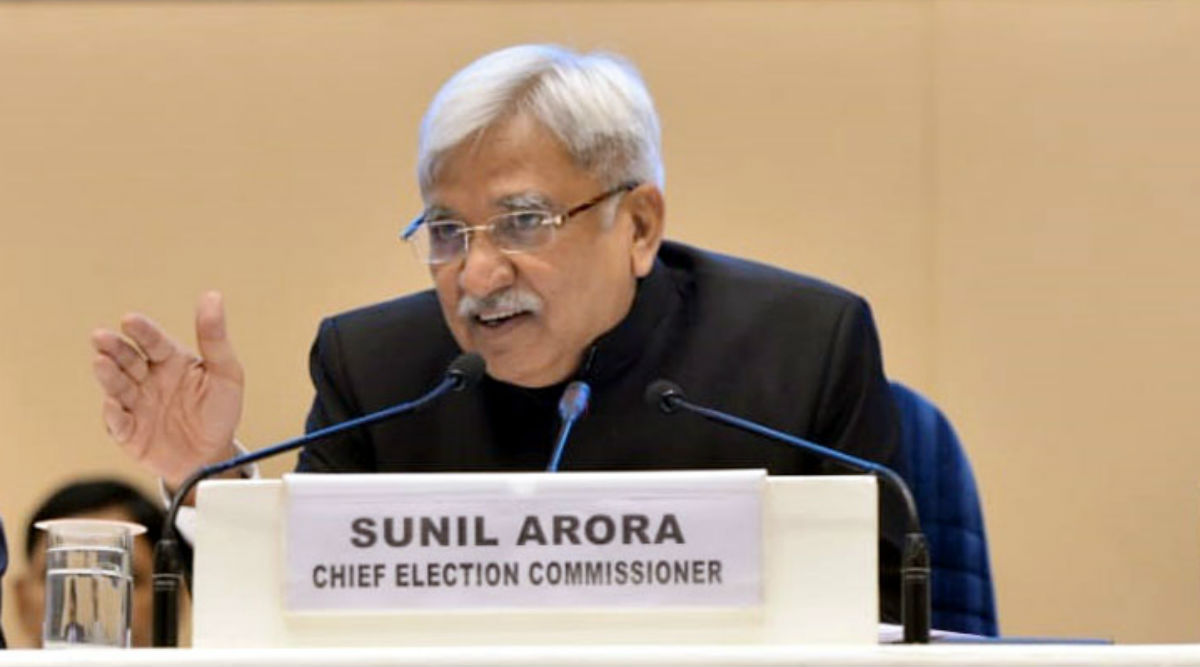 New Delhi, February 12: Chief Election Commissioner Sunil Arora on Wednesday asserted that the electronic voting machines cannot be tampered with and that there was no question of going back to the ballot paper. He also said that the Commission would engage with political parties in the coming days on various electoral reforms and the model code.

Addressing the 'Times Now Summit', the CEC lamented that day-to-day dialogue is becoming "more coarse " and it should be "avoided". He said EVMs can malfunction like a car or a pen but they cannot be tampered with, adding the machines are in use for 20 years now and there was no question of returning to the ballot paper. CEC Sunil Arora On EVM Row: Rules Out Return of Ballot Boxes; Cites Supreme Court Verdicts in Support.

Various courts, including the Supreme Court, have upheld the use of the machines to cast votes, he pointed out. Responding to a question on holding Lok Sabha and assembly elections simultaneously, Arora said the call on the subject has to be taken at the political level. Once a decision is take, the Commission can only facilitate its implementation.

He also informed the gathering that his colleagues in the EC are collaborating with IIT-Madras to set up a "block chain" system where, say a person from Rajasthan working in Chennai can vote for elections in Rajasthan while remaining in the Tamil Nadu capital.

He clarified that this does not mean people can vote from home but will have to visit designated places to exercise their franchise. It may require changes in law, an EC official later said.