GST Changes From January 1: From Garment Prices to Cab Fares, Here is What is Going To Be Costlier From New Year 2022

From the tax burden shifting to e-commerce websites to the correction in inverted duty structure in footwear and textile sectors , here are all the GST tax norms that are changing from January 1, 2022. 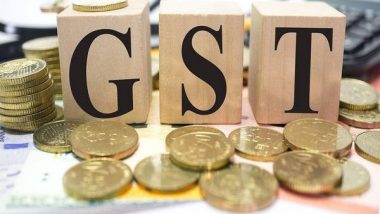 The New Year 2022 is set to bring with it a host of tax rate amendments on consumer goods and procedural changes on the payment of Goods and Services Tax (GST). The changes had been previously notified by the government and will take effect from Saturday,January 1. From the tax burden shifting to e-commerce websites to the correction in inverted duty structure in footwear and textile sectors , here are all the GST tax norms that are changing from January 1, 2022. ICEA Urges State CMs To Reduce GST on Mobile Phones to 12%, 5% on Phone Parts & Components

Prices of Clothes and Footwear to Go Up

The GST rate on footwear (costing up to Rs 1,000 per pair) has been hiked from 5% to 12%. On the other hand, all readymade textiles including woven fabrics, blankets as well as accessories such as table clothes will also attract a GST of 12 per cent. Previously, these items were sold at 5 per cent GST rate.

Disappointed at the government's decision to increase the GST on apparel, the Clothing Manufacturers Association of India (CMAI) said that the hike will impact the industry with inflationary pressure weighing heavily on raw material prices, especially yarn, packing material and freight. GST on Clothes, Footwear To Increase From 5% to 12% With Effect From January 2022

From Saturday, food delivery apps will have to collect and deposit 5% GST with the government, in place of restaurants, for deliveries made by them. They would also be required to issue invoices in respect of such services. This is a procedural change, there will be no extra tax burden on the end consumer.

Earlier, the GST was payable by restaurants. Now, instead of restaurants, the tax will be payable by aggregators like Zomato and Swiggy. The move comes after government estimates showed that tax loss to exchequer due to alleged underreporting by food delivery aggregators is Rs 2,000 over the past two years.

Rides booked through online app aggregators like Ola, Uber is set to get expensive as the government will levy a 5% GST on auto rides booked online from January 1, ending an existing exemption. Previously, the government used to charge a service tax of 6 per cent from the riders of app or radio cabs. However, Auto rides taken from the streets will continue to be GST-free.

(The above story first appeared on LatestLY on Dec 28, 2021 09:53 AM IST. For more news and updates on politics, world, sports, entertainment and lifestyle, log on to our website latestly.com).