When the woman refused to withdraw the case, the husband and his parents beat the woman spitefully. 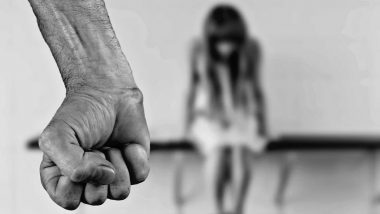 Ahmedabad, August 8: In a shocking incident, a 32-year-old woman from Ahmedabad's Nirnay Nagar filed a police complaint against her husband stating that he forced her to drink bathroom cleaning liquid. The alleged incident came to light after the woman was rushed to the Civil Hospital in Aswara. Following this, she filed a complaint with the Ranip police station.

According to a report in the Times of India, last month, the woman filed a domestic violence complaint with the Krishnanagar police station against her husband. Back then, the woman in her complaint claimed that her husband took nude pictures of her. She even said that her husband thrashed her as she did not fulfill his sexual demands. Karnataka Shocker: Irked Over Brother’s Interference in Personal Life, 2 Sisters Hire Killers to Eliminate Him in Kalaburagi.

Shockingly, the husband did not stop there. As per the FIR, the husband brought bathroom cleaner liquid and forcibly poured it into her mouth. When the woman began screaming for help, a neighbour rushed to her aid and immediately took her to the Civil Hospital. The Ranip police have registered a case against the husband.

(The above story first appeared on LatestLY on Aug 08, 2022 08:37 PM IST. For more news and updates on politics, world, sports, entertainment and lifestyle, log on to our website latestly.com).