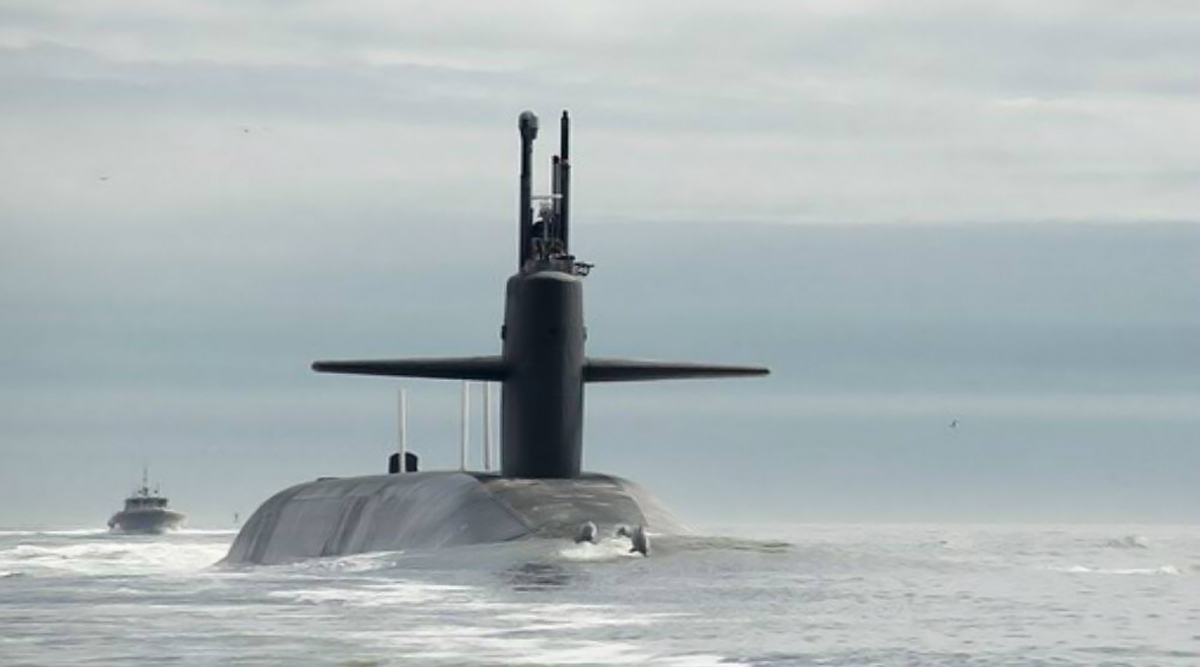 Vishakhapatnam, January 24: India on Friday successfully test-fired the 3,500 km strike range K-4 submarine-launched ballistic missile off the coast of Vishakhapatnam. The missile, developed by the Defence Research and Development Organisation (DRDO), was test-fired from an underwater platform in the morning. It was the second test of this missile within a week. India-Russia Sign $3 Billion Deal For Lease of A Nuclear Submarine.

On January 19, the missile was reported to be test-fired from off a submerged pontoon, which is designed to simulate the launch conditions of a submarine reducing the risk to the actual submarine. According to reports, the missile will be equipped on indigenous INS Arihant-class nuclear-powered submarines of the Indian Navy. K-4 is a nuclear-capable Intermediate-range submarine-launched ballistic missile. The work on developing K-4 began after facing difficulties in compacting similarly capable Agni-III to equip INS Arihant. K-4 Nuclear Missile Successfully Test-Fired Off Andhra Pradesh Coast

The K-4 has been in developmental testing since 2010. Once inducted into the Indian Navy, the K-4 missile will enhance the capabilities of the force manifolds. Apart from the K-4 missile, India has also developed K-15 Sagrika missile. This Submarine-Launched Ballistic Missile (SLBM) will have a range of 700 km. It is likely to be deployed on submarine INS Arihant. As per reports, INS Arihant is India’s sole operational ballistic missile submarine. It is capable of accommodating either four of the large K-4 missiles or 12 K-15s.