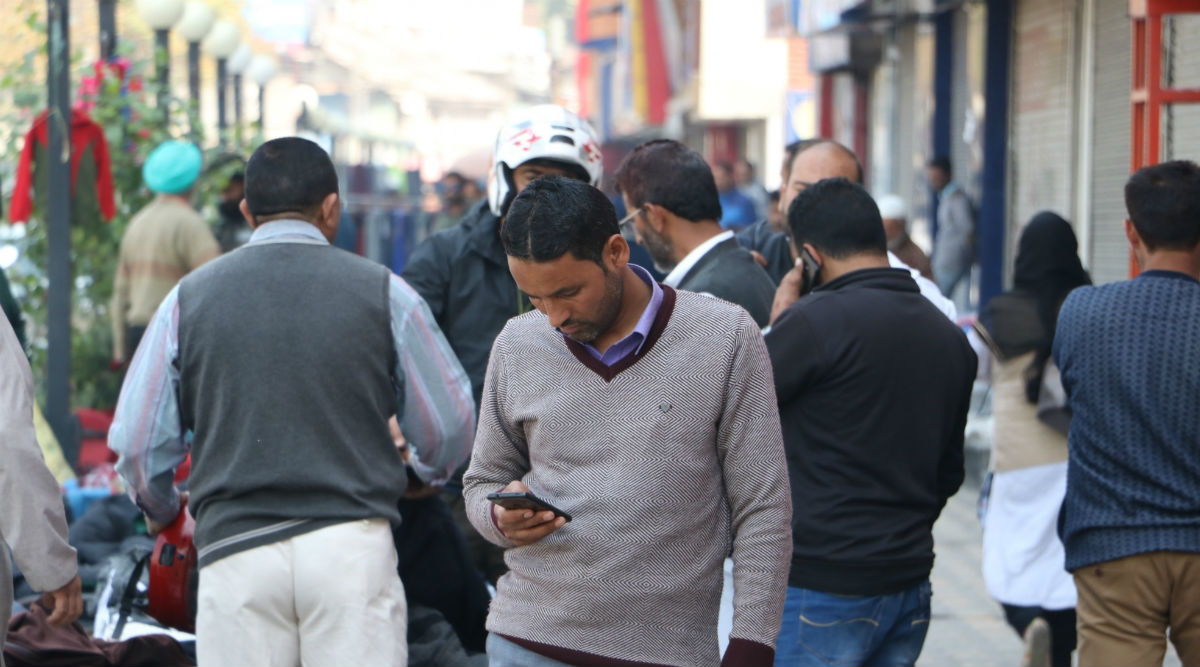 Srinagar, January 24: Days after the Supreme Court ordered a review of all orders suspending internet services in Jammu and Kashmir, authorities decided to restore 2G internet service on mobile phones across the union territory from Saturday (January 25). Besides 2G internet services, broadband lines will also be restored across Jammu and Kashmir. However, social media sites such as Twitter, Facebook and WhatsApp will remain banned for residents. Kashmir: Unemployment on Rise After Article 370 Repeal Due to Internet Shutdown.

"It is hereby directed that mobile data services and Internet access through fixed-line shall be allowed across the union territory of Jammu and Kashmir with following restrictions... The aforesaid direction shall come into effect from January 25, 2020, and remain in force till  January 31, 2020, unless modified earlier," the order released on Friday read. Internet was suspended all across Jammu and Kashmir after the abrogation of Article 370 on August 5. Jammu And Kashmir Under Siege: Security Lockdown, Communication Blackout And UT Status Leave Kashmiris With No Autonomy.

Earlier, the 2G mobile connectivity was made available on post-paid SIM cards for accessing whitelisted websites in Bandipora and Kupwara districts of Kashmir and 10 other districts of Jammu. The broadband services were, however, restored later in Jammu region. Also, mobile and broadband services were restored in the Ladakh region but in Kashmir, all forms of the Internet continued to remain suspended.

The Supreme Court last week directed a review of all orders suspending internet services in Jammu and Kashmir.  The erstwhile state was placed under unprecedented security lockdown and communication blackout on August 5, when the Centre announced the scrapping of the Constitution's Article 370 and bifurcation of the erstwhile state into two Union Territories - Jammu and Kashmir, and Ladakh.