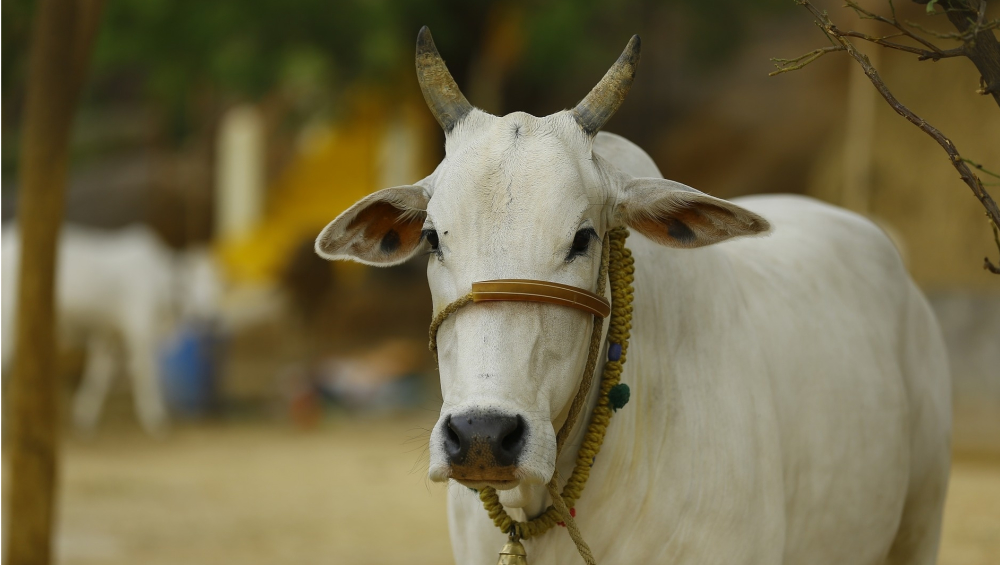 Mumbai, February 12: In a tragic case, a cow was left to die in a shuttered Mumbai shop with no food, water and ventilation. According to a Times of India report, the ailing cow kept moaning for six days before she was rescued in Goregaon. An FIR was lodged against the owner who is in the milk trade business. Residents informed animal rights activist Bhavin Gathani that a cow could be heard moaning from a closed shop in the area.

When they reached the place with police, they were shocked to find the cow in a horrifying condition. There were maggots in its eyes and several body parts. In addition to this, the cow was also severely dehydrated. The cow was rushed to the hospital, but couldn't be saved. Odisha: Over 25 Cows Die After Truck Smuggling Them to West Bengal Overturns in Balasore.

The report further mentioned that the owner made money by selling milk, but he didn't want to spend money in the treatment of the animals. So he decided to keep it confined in a shop with the shutters down.

The case was registered under the relevant section of Prevention of Cruelty to Animals Act, 1960 and Keeping of Cattle in Urban Areas Act, 1978. However, the accused was not arrested as police couldn't find him at his residence.