"As soon as I noticed, he closed the dhoti he was wearing and pretended nothing was wrong. With the little courage I had, I screamed and shouted, made him stop the cab. Unfortunately, I was in the middle of a dark street with a barely lit street light. He stopped and drove off," she explained. 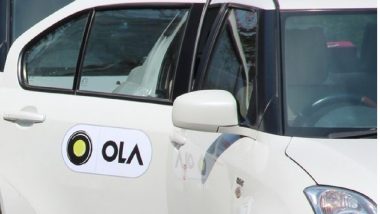 Bengaluru, December 3: In a shocking incident, an Ola cab driver allegedly masturbated in front of a young woman passenger while on a ride in Bengaluru in the wee hours of Friday. After she raised the issue on social media, Bengaluru Police Commissioner Kamal Pant apologized for the incident and also ordered that the culprit be nabbed.

"I finally found another ride who dropped me home, ripped me off for a short ride but the money wasn't the concern at the time," she said.

"Ola has assured that the driver has been suspended and a complaint has been launched. But how is anyone supposed to feel safe when returning home after a day of work? Are we just going to stop functioning because these men, who don't know how to keep it in their pants?," she said.

That's why women stay on calls when travelling alone. That's why they share locations with others to keep track. All this, just because women want to feel safe when none of this is even their fault, she added. "Tonight my city failed me. Scarred me once again with public molestation. Another scare to add in this world we live in," she said.

Commissioner of Police Kamal Pant responded to her posts and stated, "We are sorry to hear about this. Your complaint is duly noted and a team has already been put on the job by DCP Central to secure the culprit. They will get in touch with you for more details. This will also be taken up with Ola cabs for appropriate action at their end," he assured.

(The above story first appeared on LatestLY on Dec 03, 2021 09:51 PM IST. For more news and updates on politics, world, sports, entertainment and lifestyle, log on to our website latestly.com).