A 30-year-old woman is battling for life after a man, who allegedly raped her, set her on fire in Rajasthan's Hanumangarh district. 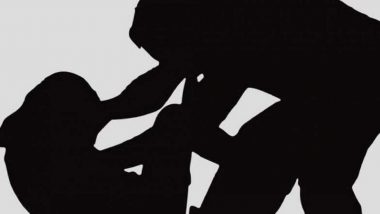 Hanumangarh, March 5: A 30-year-old woman is battling for life after a man, who allegedly raped her, set her on fire. The incident took place in Rajasthan's Hanumangarh district on Thursday. The woman suffered 70 percent burn injuries and was rushed to a hospital in critical condition. The accused, identified as Pradeep Bishnoi, was out on bail. Rajasthan: Rape Victim, Family Get Security After Priyanka Gandhi Dials CM Ashok Gehlot.

The woman had lodged a complaint against Pradeep Bishnoi two years ago, alleging he raped her. Police had registered a case and Bishnoi was arrested. He was released from jail after a court granted him bail. Yesterday, he allegedly jumped a wall and set the complainant ablaze. He fled the scene on a motorcycle. Police identified him through a CCTV footage and nabbed him. Rajasthan Horror: Man Rapes Minor Sister-in-Law, Elopes With Her After She Becomes Pregnant.

"We have detained the accused identified as Pradeep Bishnoi. He is being interrogated," Praful Kumar, Inspector General of Police, Bikaner range, was quoted by Hindustan Times as saying. In the CCTV footage, the accused was seen running after setting the woman on fire and then fleeing on a bike. Cops are also investigating the woman's complaint.

"The case is being closely investigated from every angle," IGP Kumar said. The victim is being treated at a hospital in Bikaner. She has been living with her maternal grandmother after she separated from her husband. She ran a beauty parlor.

(The above story first appeared on LatestLY on Mar 05, 2021 12:59 PM IST. For more news and updates on politics, world, sports, entertainment and lifestyle, log on to our website latestly.com).