Sangeetha, Transgender Activist And Owner of Covai Trans-Kitchen, Found Murdered in Her Apartment in Coimbatore 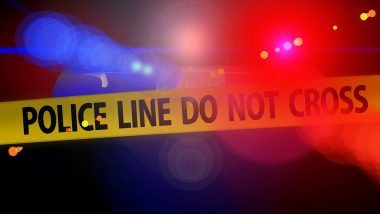 According to a report published in HuffPost, the owner of Sangeetha’s rented one-bedroom apartment and her friends complained to the police about a foul smell coming out from the house. The police found that the body had been put in a water-storage plastic drum filled with salt; the method is used to decompose bodies faster. SC to Hear After 3-weeks Plea of Transgender Woman Against Denial of Job in Air India.

The incident came as a shock to the transgender community in Coimbatore. Before opening the hotel for employing transgender people, Sangeetha used to head an NGO, Coimbatore Transgender Welfare Trust, reported the media house. The mess was opened by Sangeetha month ago to held transgender people during the outbreak of COVID-19 pandemic. Uttar Pradesh: Country's First University for Transgender Community to Come Up in Kushinagar District.

“She had received support from an angel donor and was planning to distribute the donation,” reported HuffPost quoting Subhiksha, Joint Secretary of South Indian Transgender Federation.  When Shubhika could not establish contact with Sangeetha for two days, she went to her house and found that the house was locked. The police retrieved the body at around 11 am.

The body has been sent for post-mortem. According to the report, the police recovered a suspicious object, a silver bracelet, from inside Sangeetha’s house. Trans activists demanded that the government and police should arrest the culprits immediately.

(The above story first appeared on LatestLY on Oct 21, 2020 06:48 PM IST. For more news and updates on politics, world, sports, entertainment and lifestyle, log on to our website latestly.com).