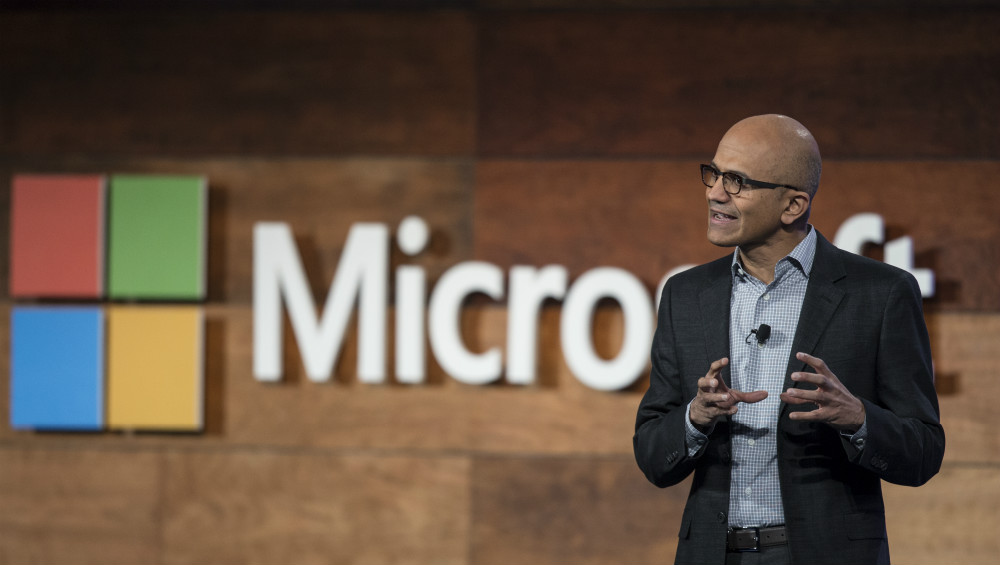 Silicon Valley, January 13: The Indian-origin head of software giant Microsoft, Satya Nadella, reacted to the Citizenship Amendment Act (CAA) enacted by the Narendra Modi government in India. Nadella, on being asked on his views over the CAA, said that he is "sad" over what is currently happening in India. Although he did not condemn the alleged populist approach shown by India's ruling regime, the top tech wizard stressed on valuing talented immigrants. 'Sonia, Rahul Gandhi's Anti-CAA Resolution Must Have Gladdened Pakistan': Law Minister Ravi Shankar Prasad.

The Microsoft CEO hinted at his disapproval of the anti-Bangladeshi sentiment being harboured by some sections in India. Nadella said that he would wish to see an immigrant from the neighbouring nation to emerge as the next chief of Bengaluru-based IT giant Infosys. His remarks come amid reiterations by India's Home Minister Amit Shah to "weed out each and every" illegal Bangladeshi immigrant from the Indian soil.

"I think what is happening is sad... It's just bad.... I would love to see a Bangladeshi immigrant who comes to India and creates the next unicorn in India or becomes the next CEO of Infosys," US-based portal Buzzfeed quoted him as saying.

Asked Microsoft CEO @satyanadella about India's new Citizenship Act. "I think what is happening is sad... It's just bad.... I would love to see a Bangladeshi immigrant who comes to India and creates the next unicorn in India or becomes the next CEO of Infosys" cc @PranavDixit

India's new citizenship law, which aims to naturalise non-Muslim refugees from Pakistan, Bangladesh and Afghanistan, has stoked massive protests across the nation. The law is being viewed by critics through the prism of National Register of Citizens (NRC) exercise -- which was implemented in Assam last year and led to the de-citizenship of over 19 lakh people.

"A Hindu, Sikh, Christian, Parsi, Jain or Buddhist -- whose name does not feature in the NRC, will get citizenship anyhow through the CAA, But for a Muslim, he would have to prove his citizenship before the Foreigners' Tribunal. And if he fails, the next stop would be detention centres," said Hyderabad lawmaker Asaduddin Owaisi.

Shah, the second-in-command of the Modi government, has reiterated that a nationwide NRC would be conducted before 2024. He was, however, publicly contradicted by the Prime Minister. While addressing a rally for the upcoming Delhi assembly elections, Modi said attempts are being to fuel panic and anxiety among Indian Muslims. "As of now, the government has not even once discussed the implementation of NRC," he had said last month.