Smaaash, Promoted by Sachin Tendulkar, Closes Its Gaming Centres Amid Financial Crisis Due to Lockdown 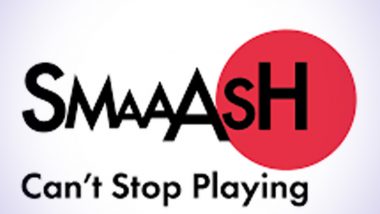 Mumbai, September 21: Gaming and entertainment operator Smaaash on Monday announced the closure of its centres due to months of lockdown following the outbreak of COVID-19 in India. Notably, footfalls in the malls decreased considerably after March 25, the day when coronavirus lockdown was imposed in the country. Legendary batsman Sachin Tendulkar is the brand ambassador of Smaaash.

The company has sent emails to its employees, informing them about the development, reported The Economic Times. “I am sorry that despite my best efforts I have failed in my efforts to save the company from its premature death,” said founder Shripal Morakhia in an email that was reviewed by the media house.  Layoffs Amid COVID-19 Lockdown: 24% of People Lost Jobs During Lockdown, Shows Survey.

According to Morakhia, she tried to get investors, but the things could not materialise. Smaaash closed its centres almost eight months after it announced that its revenue for 2019 had increased by 22 percent to Rs 300 crore.

Last year, the Mumbai-based company received five million footfalls and was expecting to increase by 10 percent in 2020. Notably, malls re-opened in India in June as part of Centre’s Unlock strategy to revive the economy of the country.

Smaaash opened its first centre in Mumbai in 2012 with an 80,000 sq ft gaming zone. Till September, it managed 41 such gaming zones spread over 650,000 sq ft across 19 cities of India and one in Saudi Arabia’s Jeddah.

(The above story first appeared on LatestLY on Sep 21, 2020 11:35 PM IST. For more news and updates on politics, world, sports, entertainment and lifestyle, log on to our website latestly.com).