An alleged video of the incident had also gone viral on social media. 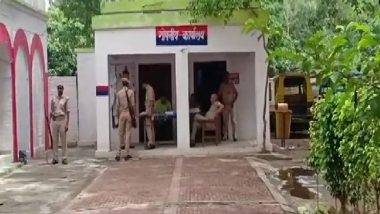 Firozabad (Uttar Pradesh), April 26: A group of people belonging to the upper caste community allegedly attacked a man from the Dalit community and his family members in Uttar Pradesh's Firozabad district while the latter were feeding cattle, police said.

Additional Superintendent of Police, Akhilesh Narain, said, "An FIR has been registered against six people, including three unidentified men. Two of the accused have been arrested."

An alleged video of the incident had also gone viral on social media.

Jai's brother Ompal alleged that three brothers named Omveer, Avadesh and Dharmveer Singh were pressuring Jai to vacate the plot he had purchased from a local resident in 2021.

All three accused are residents of Jodhpur Mudaiya village.

"They were trying to grab our land. In February, they had threatened to kill my father if he did not vacate the plot. We had informed the police about the incident, but no action was taken," said Sonam, the daughter of the deceased victim.

(The above story first appeared on LatestLY on Apr 26, 2022 08:49 AM IST. For more news and updates on politics, world, sports, entertainment and lifestyle, log on to our website latestly.com).