World's 15 Hottest Cities on Friday Were All From India, 6 of Them in Vidarbha

The mercury level rose to the highest in Madhya Pradesh's Khargone, where the maximum temperature of 46.6 degree celsius was recorded. 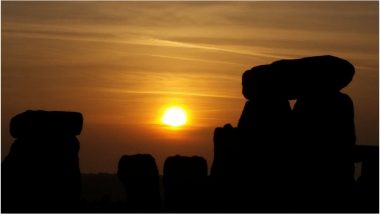 Mumbai, April 27: India is recording the highest temperature this summer among all countries across the world. 15 of the hottest cities around the globe on Friday were located in central India, where the mercury level rose to the highest in Madhya Pradesh's Khargone, where the maximum temperature of 46.6 degree celsius was recorded.

The second-highest temperature was recorded in Akola, located in Maharashtra's Vidhabra, where the mercury rose to 46.4 degree celsius. Eat These 5 Foods With High Water Content to Stay Hydrated in Summer

Notably, nine of the 15 hottest cities were located in Maharashtra, with six out of them in the parched region of Vidarbha. This was followed by three towns in Madhya Pradesh, two from Uttar Pradesh and one from Telangana.

The India Meteorological Department (IMD) had on Thursday issued a warning in Vidarbha region, claiming that the heatwave condition would intensify in the next five days. The temperature in central India could surge upto 47 degrees celsius, the weather department warned.

(The above story first appeared on LatestLY on Apr 27, 2019 10:16 AM IST. For more news and updates on politics, world, sports, entertainment and lifestyle, log on to our website latestly.com).