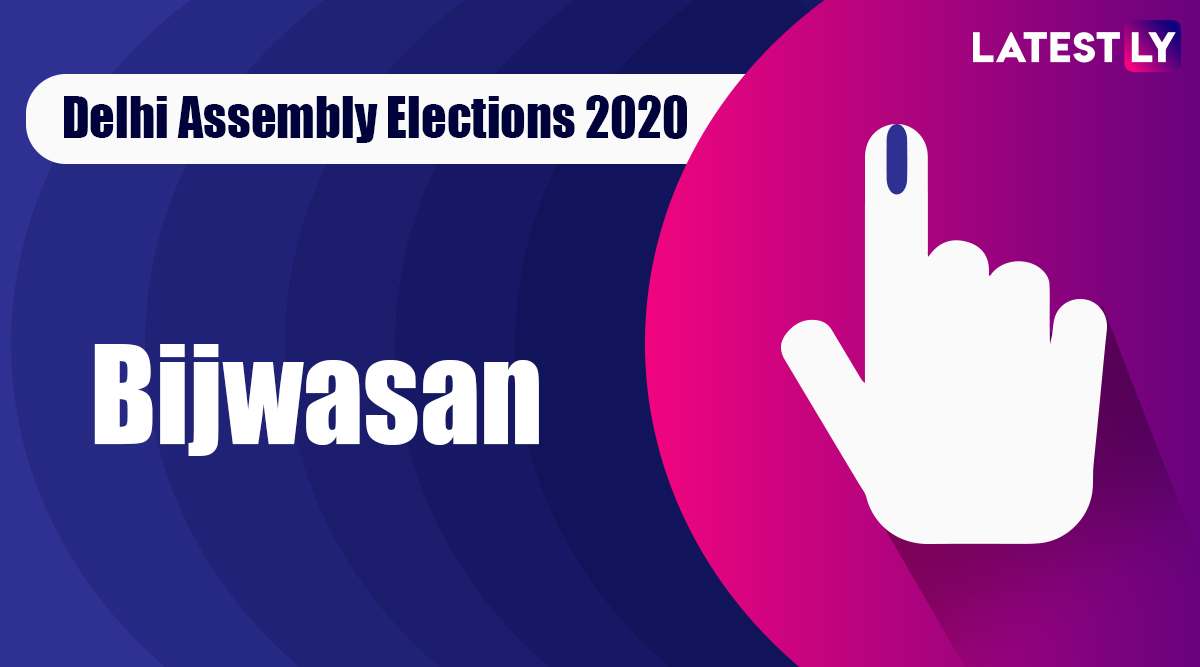 New Delhi, February 11: Aam Aadmi Party (AAP) candidate Bhupinder Singh Joon was on Tuesday declared the winner on the Bijwasan seat in Delhi Assembly Elections 2020. Bijwasan is one of the 70 assembly constituencies in Delhi and is an important assembly constituency in the Union Territory. It falls within the jurisdiction of South Delhi parliamentary seat of the national capital. Parts of Vasant Kunj, Bijwasan, Mahipalpur, Bamnauli, Kapashera, Shahbad Mohammadpur, Rangpuri, Nangal Dewat and Samalkha form part of this constituency. As per the data available, there are around 1,86,529 registered voters in Bijwasan, out of which 1,04,979 are male voters and 81,534 female voters. 16 voters on this seat are from the third gender. Bijwasan saw a direct contest between the BJP and AAP. Delhi Assembly Elections 2020Results.

The polls in the national capital were held in a single phase on February 8. The counting of votes took place on February 11. Here Are Answers to Most FAQs on Delhi Assembly Elections 2020.