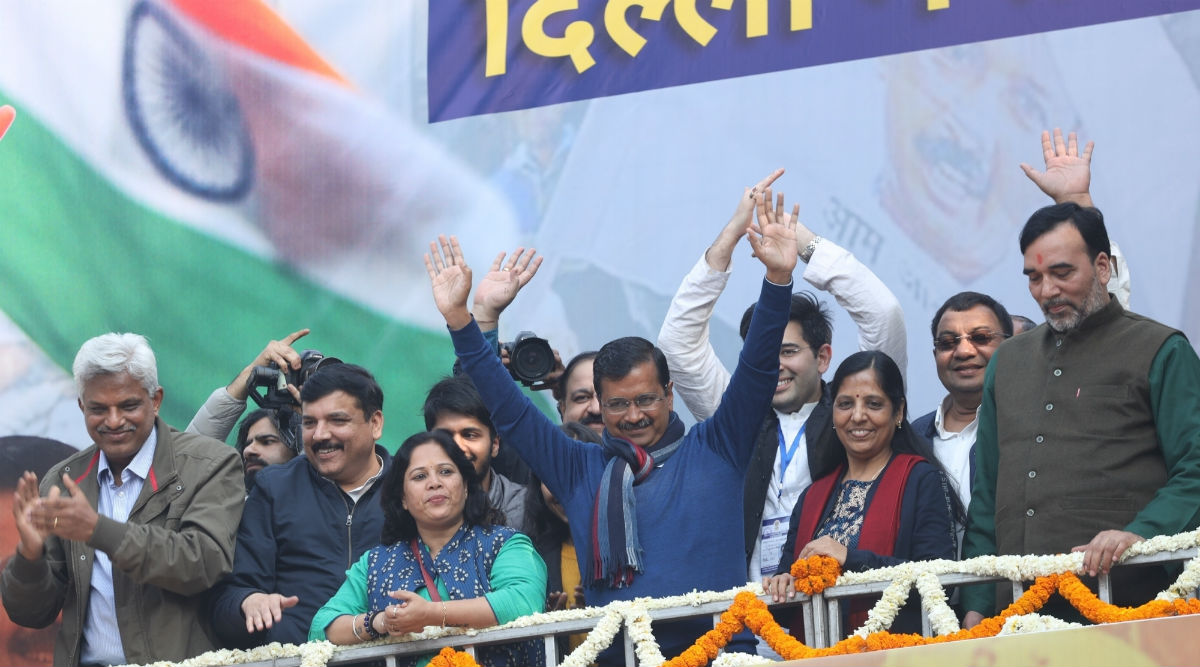 New Delhi, February 17: A day after sworn-in as the Delhi Chief Minister for the third consecutive time, Arvind Kejriwal on Monday distributed portfolios among cabinet ministers. According to reports, Arvind Kejriwal will not be taking charge of any department. Delhi Jal Board which was handled by the Delhi CM in the previous Aam Aadmi Party (AAP) government, will now be under Satyendra Jain. Meanwhile, Manish Sisodia will again take charge as deputy CM. Baby Mufflerman Becomes Centre of Attraction at Arvind Kejriwal's Swearing-in Ceremony.

The Environment Department is given to Gopal Rai, and the Women and Child Development Department will now be handled by Rajendra Pal. Heads of other departments will remain unchanged, so Sisodia will continue to look after the Education Department and Jain to handle Health Department. Kejriwal and the cabinet ministers including Sisodia, Jain, Pal, Imran Hussain and Rai took charge at the Delhi Secretariat. Delhi CM Arvind Kejriwal, Cabinet Ministers Including Manish Sisodia Take Charge of Offices.

Kejriwal took oath as the Delhi CM on Sunday at the iconic Ramlila Maidan. Along with him all members of his erstwhile Cabinet also took oath as ministers. The AAP retained power in Delhi by winning 62 seats out of 70 in the assembly elections held earlier this month. The Bharatiya Janata Party (BJP) again failed to touch the double-figure mark and was restricted to only eight seats. The Congress again failed to open an account in Delhi for the second consecutive time.