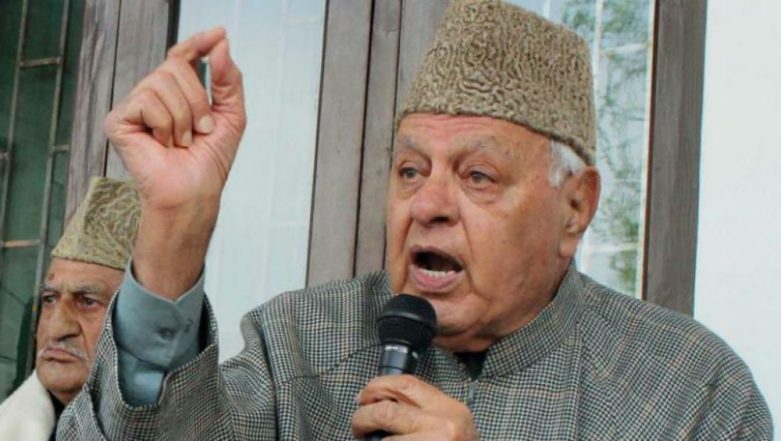 Other than Omar, Farooq Abdullah was also accompanied by party General Secretary Ali Muhammad Sagar. Farooq Abdullah filed papers for Srinagar  parliamentary seat, which will go to the polls on April 18. Farooq Abdullah Hits out at Centre, Governor Admin over Administrative Hq in Leh.

The Srinagar Lok Sabha seat is spread over three districts of Srinagar, Budgam and Ganderbal. It has 12,90,318 voters who will cast their votes at 1,716 polling stations set up in the constituency.