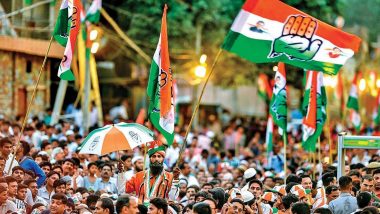 The polling in Nagpur took place on Tuesday. Around 67 percent voter turnout was recorded in the district. No untoward incident was reported in the district during the voting. In these elections, Congress and the NCP contested in an alliance. Uddhav Thackeray-led Shiv Sena contested these elections without any alliance. Notably, “Maha Vikas Agadhi” – the alliance of Congress-NCP and Shiv Sena is in power in the state.

Besides Nagpur, voting for elections to zilla parishads and local bodies also took place in Maharashtra's Dhule, Palghar, Nandurbar, Akola and Washim districts. The counting of votes began at 8 am on Wednesday. In Palghar Shiv Sena, Congress and NCP contested the elections in the alliance. In this district, the "Maha Vikas Agadi" managed to bad 33 seats out of 57, with Shiv Sena clinching 18 seats.

(The above story first appeared on LatestLY on Jan 08, 2020 05:51 PM IST. For more news and updates on politics, world, sports, entertainment and lifestyle, log on to our website latestly.com).