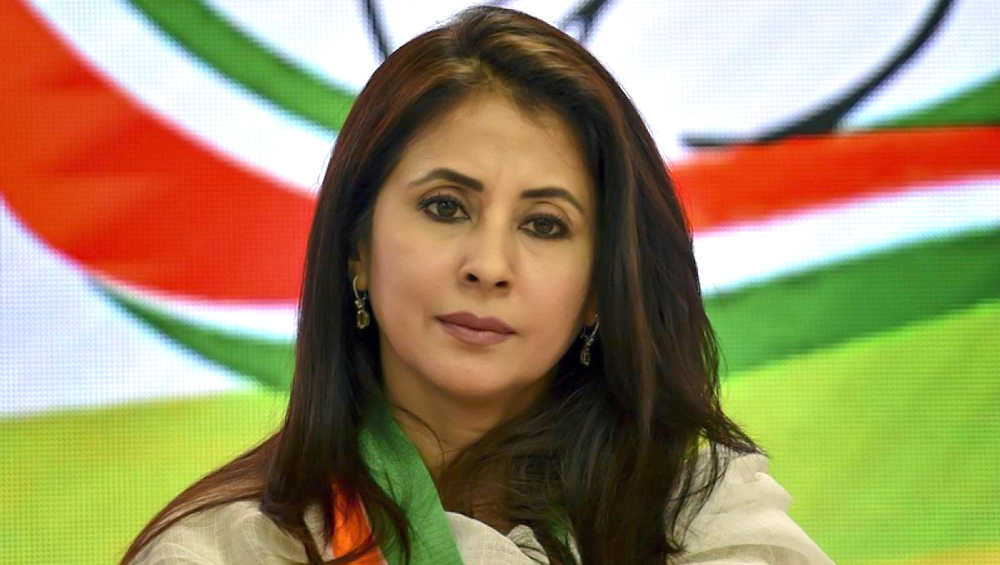 Mumbai, September 17: Urmila Matondkar, actress-turned-politician who recently resigned from the Congress party, may join Shiv Sena, media reports stated. According to a report by Zee News, Matondkar met Milind Narvekar, the personal assistant of Shiv Sena chief Uddhav Thackeray amid speculations of her joining the party. The former actress, however, dismissed speculations of her joining the Shiv Sena and termed it as a “courtesy meeting”. Urmila Matondkar Speaks on Jammu and Kashmir Communication Blackout, Says Unable to Contact Her In-Laws Since 22 Days.

"I am not joining any other party so it's a kind request to the media to kindly not share whatever they hear. It is unfair towards me to say the least and also not appropriate towards any party," she said in a statement on September 17. The new development comes ahead of Maharashtra Assembly elections that are scheduled later in October 2019.

On September 10, Matondkar quit the Congress alleging "betrayal" and "petty politics" in the party. She said her "political and social sensibilities" refused to allow vested interests in the party to use her as a means "to fight petty in-house politics", instead of working on a bigger goal for the Mumbai Congress.

"I hereby resign from the Indian National Congress (INC) as a member and from any post held in the INC. I thank you for giving me the opportunity to work for INC," Matondkar said in a letter to interim Congress President Sonia Gandhi dated September 7.

The famous Bollywood actress had joined the Congress on March 27 this year and had contested the Lok Sabha elections from Mumbai North against sitting Bharatiya Janata Party MP Gopal Shetty. While Matondkar was unsuccessful in the elections this year, Shetty won by a staggering 4,65,000 votes.