All Set for Grand Closing of Lantern Festival of Taiwan 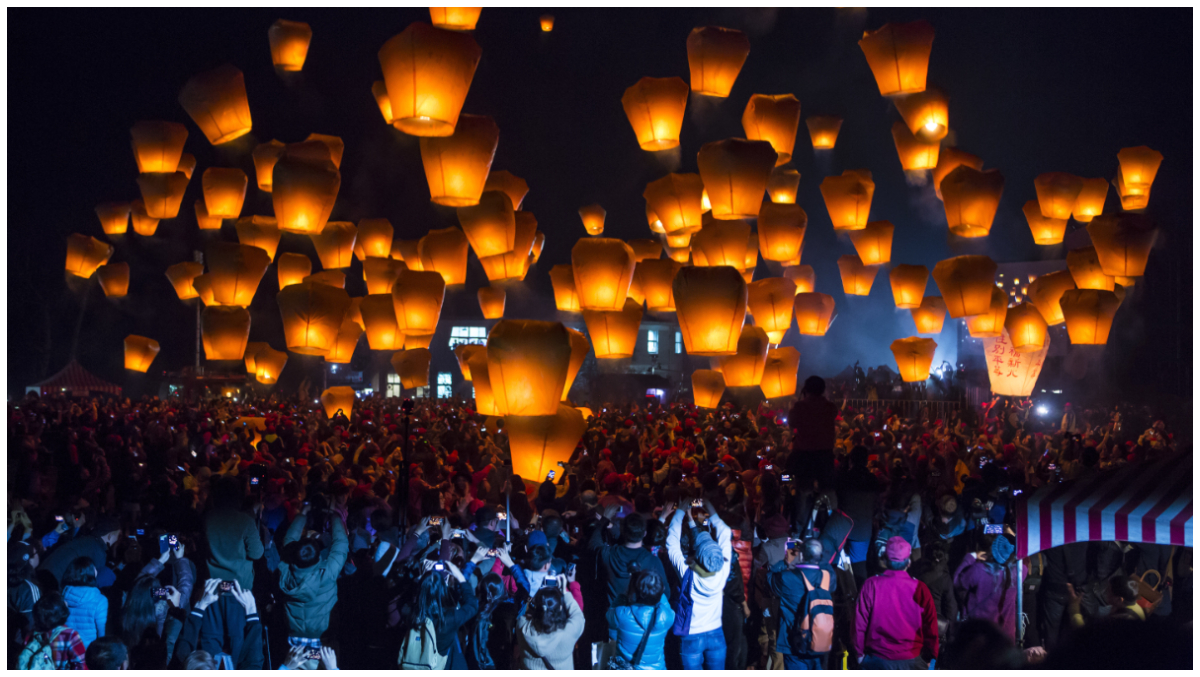 Celebrated as one of the “Fantastic Festivals of the World” (an accolade given by the Discovery Channel), the Lantern Festival of Taiwan will head towards a grand finale, closing on February 23, 2020. Recognised historically as a folk festival with diverse tales and interpretations, the Lantern Festival sees the country come together to light thousands of sky lanterns in the night sky.

Taiwan is expecting over 10 million international visitors during this time and is fully prepared to ensure their health and safety amidst the ongoing global health crisis. Visitors can expect a glamorous time as they are entertained by international flame-throwers and artists, while taking in the range of lanterns shaped like the animals of the Chinese zodiac. This year’s main draw is the dazzling laser light show, presented along with folk artists and performances.

The Lantern Festival has been held continuously for 3 decades. There are always thousands of international visitors and media, and it is a beautiful sight. We have more than 50,000 lanterns expected in the city of Pingxi alone.”

Look out for three major folk tales and corresponding activities associated with providing impetus to the festival’s rise and celebration, and each translates into a traditional activity worth attending.

First is the inspection tour of the deity Master Han Dan in Taitung City. As guardian of the celestial treasury, Master Han Dan is revered as a God of wealth, but people believe that he was once a real person named Zhao Gong-ming. When Master Han Dan makes his annual inspection tour of the earthly world, crowds turn out to pray for his blessing and for good fortune. Households along the route of the divine procession prepare offerings of fresh flowers and fruit, and light strings of firecrackers to welcome him.

For others, the festival honours the great first-century general and monarch, Guan Yu. First told in the 14th-century historical novel Romance of the Three Kingdoms and passed down through generations of storytelling, his deeds and moral qualities are widely admired and have inspired many throughout history, making Guan Yu one of East Asia's most popular figures of loyalty and righteousness.

The actual release of lanterns in the night sky is rooted in Qing Dynasty culture, when remote villages were difficult to guard and kept safe. Villagers, in order to protect themselves, sometimes hid in the mountains after the winter solstice when the final harvest was complete to avoid bandits and thieves. After the winter had passed, those who had stayed in the village would release lanterns to signal safety for the others to return. This practice eventually became the tradition of fireworks and lanterns, evolving into the scale and size of the festival that it is today.

For more information on Taiwan, please reach out to Mehak Chowdhary on chow.mehak@gmail.com

Comments
Tags:
Fantastic Festivals of the World Lantern Festival of Taiwan Little New Year
Comments
You might also like