Normally, you wouldn't associate a DJ with a country act, or for that matter, anywhere in the genre. This used to be reserved for more modern rock bands like Sublime and Linkin Park. Enter country star Jake Owen, who doesn't shy away from shaking up the landscape. 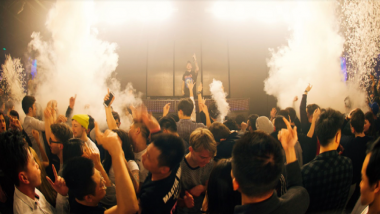 Normally, you wouldn't associate a DJ with a country act, or for that matter, anywhere in the genre. This used to be reserved for more modern rock bands like Sublime and Linkin Park. Enter country star Jake Owen, who doesn't shy away from shaking up the landscape.

Incorporating a DJ into a country band is a new concept, one that may be met with skepticism. Any doubters of this pairing have been won over after a compelling performance at Carolina Country Music Fest this past weekend, which welcomed around 35,000 country music lovers from all over America. During the Carolina Country Music Fest, Dawe provided a set opener that featured a custom introduction from well-known producer and rapper Lil Jon, which immediately set an upbeat and exciting tone for the show.

“I received a call from Dee Jay Silver, a pioneer when it comes to being a DJ in the country genre, as well as a partner in my Las Vegas-based agency, Blackout Artists. On the call, he told me that Jake Owen was looking for an opening DJ on his tour. I immediately was intrigued and excited!” Dawe explains. “Shortly thereafter I had a call with Jake, where he explained to me that he had something else in mind. I was surprised to hear he wanted a DJ as a member of his band, since, as far as I'm aware, this had never been done before in country music. With this being a groundbreaking concept, I was beyond excited to take on the challenge and accepted the invitation to join Jake on the road.”

Brian Dawe’s presence in the DJ world has traditionally been as an internationally touring nightclub DJ, although he is no stranger to being a tour DJ, as he previously did stints on tours with Rihanna and Backstreet Boys. The DJ is one of the industry’s most seasoned and well-respected artists, playing internationally alongside some of the music world’s biggest names. Brian has shared the stage with music legends such as 50 Cent, Avicii, Steve Aoki, Armin Van Buuren, Kesha, T.I., Lenny Kravitz, and many others. He’s also played events and functions put on by large corporations like Porsche, Microsoft, Ferrari, Pizza Hut, Phillips 66, eBay, Berkshire Hathaway, Empire State Building, and many others. On top of that, Dawe has played events worldwide, traveling to countries like Canada, China, and The Bahamas for shows. He’s also traveled all over the United States the past several years.

On top of his live performances, the DJ has also seen his share of television appearances, such as being a cast member on season three of the VH1 show “Master Of The Mix” and appearing on TMZ, E! News, US Weekly, and many others. In addition, many of his tracks have also appeared in various features on Netflix and the TNT show “Claws.”

Today, Brian continues to deliver as a member of Jake Owen’s team. Owen is a country singer, songwriter, and actor who has reached unprecedented success levels over the past years. He now has nine number 1 singles that have topped various charts and a streaming total reaching well over one billion to date. The tour will extend through 2022, with a more official announcement expected next year.