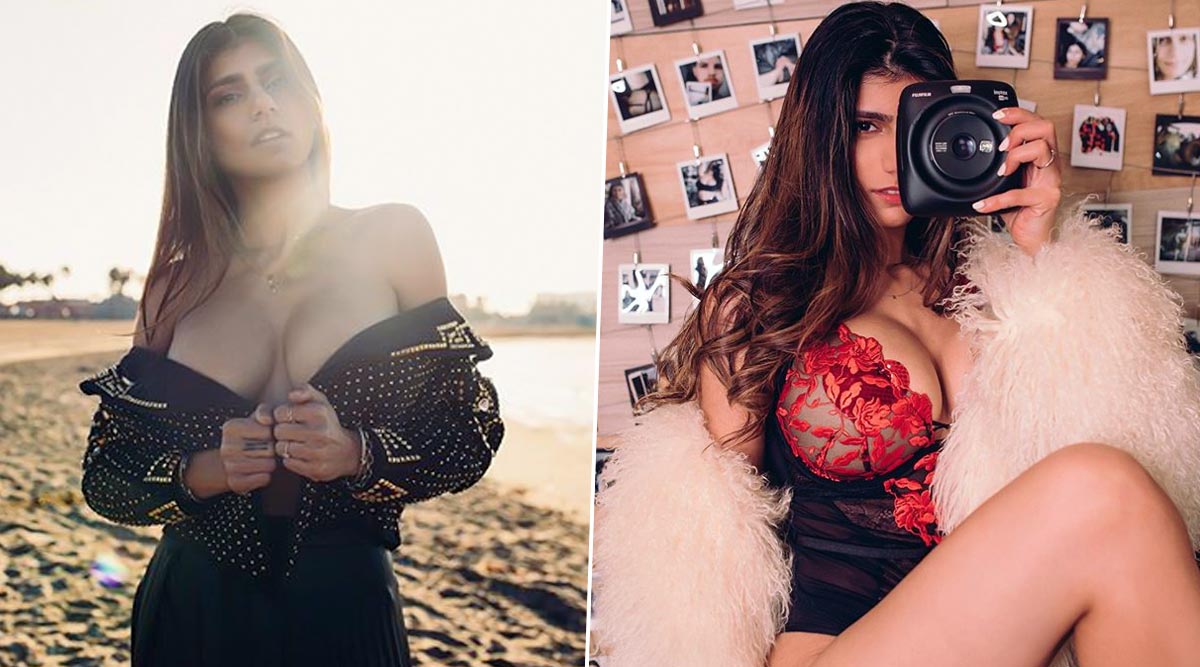 In the picture, she can be seen wearing a jacket that is drooping down to her elbows leaving nothing for us to imagine with her breasts, barely covering her nipples. For the sun-kissed picture, she can be seen wearing a studded jacket in black. The sandy background gives an early morning feel and Khalifa donned a very muted makeup look, leaving her hair loose. See pic for yourself: