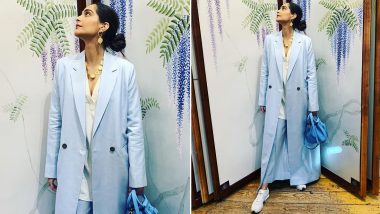 She dominates the fashion roost as nobody else does! An innate understanding of basics is why her flamboyant and sophisticated fashion game is always a notch above her contemporaries. While her co-conspirator is her sister and fashion maverick Rhea Kapoor who in turn has a sharp gaze and an ardent intent to make a poignant point with fashion every time through Sonam, the duo is a formidable fashion force! A recent style of Sonam's reaffirmed this simple fact. A back to basics vibe featuring an oversized white shirt, layered over with a blue coat and a skirt. White kicks and a handbag with subtle makeup completed her look. An ode to the classic pastel blue and white, Sonam's look is yet another stunning addition to her brilliant repertoire.

Sonam’s forte of bringing to the fore, some of the most sought-after luxury brands in exciting colours, interesting silhouettes and dazzling cuts is always a delight. As unrelated it may seem to mere mortals, Sonam further elevates the game with a subtle makeup and hair game. Here's a closer look. Sonam Kapoor Ahuja Coutures Up and Blazes in a Satin Pantsuit and a Ruffled Midnight Blue Dress in Doha!

Sonam Kapoor Ahuja - Back To Basics

The separates from the Dubai based label, Bougessa were paired with Nike kicks, bag by Odeem, gold-toned jewellery by The Olio Stories, pulled back hair and subtle makeup. Sonam Kapoor Ahuja Is an Epitome of Ethnic Resplendence in Raw Mango! 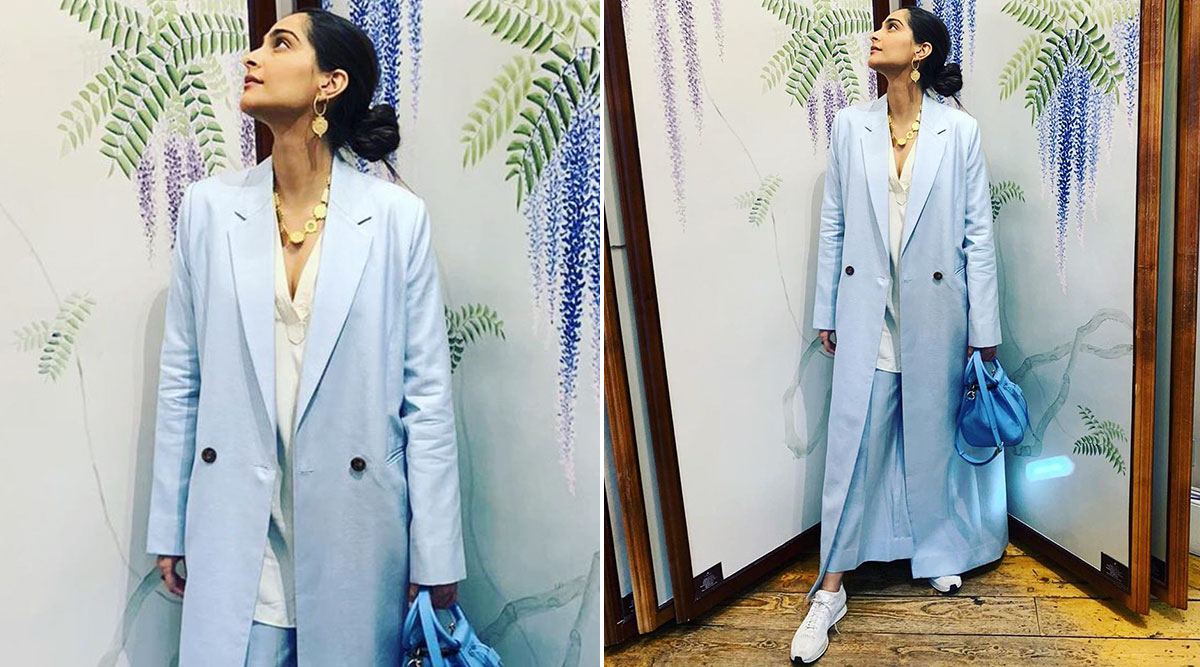 On the professional front, Sonam was last seen in The Zoya Factor with Dulquer Salmaan.

(The above story first appeared on LatestLY on Sep 22, 2020 12:30 PM IST. For more news and updates on politics, world, sports, entertainment and lifestyle, log on to our website latestly.com).