Who Is Gazini Ganados of Phillipines at Miss Universe 2019? Know Everything About Beauty Queen and Hot Favourite to Be Catriona Gray’s Successor! (View Pics) 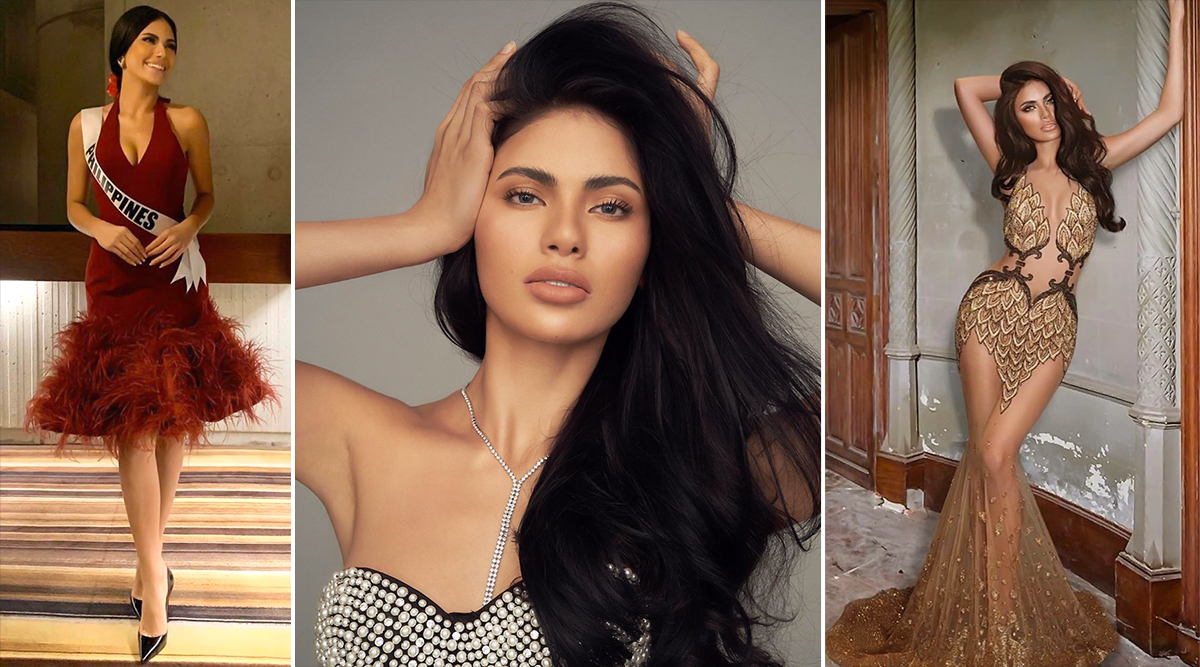 The 68th edition of Miss Universe 2019 has officially begun with the preliminary competition being held as the latest event to select the semi-finalists. Hours before the crowning moment, the majority of the crowd seems to be in favour of one name-- Gazini Ganados, Miss Universe Philippines 2019. Especially with her look for the Miss Universe 2019 preliminary costume competition, the Filipino beauty pageant titleholder has garnered a lot of attention. She received loud cheer the moment she walked the ramp in the costume inspired by Philippine Eagle. Will she follow the footsteps of current Miss Universe Catriona Gray, who is also from the Philippines? Well, we have a few more hours to know who will wear the stunning ‘Power of Unity’ crown! But before that, know who is Gazini Ganados and why she is the hot favourite to be Catriona Gray’s success. We have also attached beautiful pictures of the Filipino girl that speaks why she deserves so many praises.

If you are an ardent follower of Miss Universe, you would know that the Filipino contestants have a rich history in this competition. The country has four overall winners of the pageant, two of which are from the past five years. At present, the audience is inquisitive about the 23-year-old beauty, Gazini Ganados. So, here is everything you should know about the Miss Universe Philippines 2019. Miss Universe 2019 Preliminary Competition Date, Live Streaming Online & Time in IST: Where to Watch 68th Annual Miss Universe Competition?

Her full name is Gazini Christiana Jordi Ganados. She is half Filipina and half Palestinian. Ganados was raised by her single mom, and she grew up in Cebu and Dapitan, Philippines.

Wearing this fully handwoven trench coat from Kandama made by weavers from Julongan village in Kiangan, Ifugao. This wardrobe tells a story through an ancient weaving tradition. The pattern on the lapel of the coat depicts two elderly women helping each other in the pounding of rice kernels to remove its husk while the rest of the garment carries symbols of a shield or “happiyo” in the Tuwali language, which is used by ancient Ifugao men when they go for tibal wars. Thank you, Kandama! Lash @artisanpro Coat: @kandamacollective Earrings: @kathrynfanlo Shoes Loubtn by @queenbeeurgello Styling: @iamolisara @qurator_studio custom dress by @julianne_syjuco #MissUniverse #MissUniversePhilippines #GaziniGanados #Ganado5 #MissUniverse2019

Ganados is the beauty pageant titleholder who was crowned Miss Universe Philippines 2019. During the competition, Ganados won special awards like “Best in Long Gown” and “Face of Binibini” (Miss Photogenic).

“But those who hope in the Lord will renew their strength. They will soar on wings like eagles; they will run and not grow weary, they will walk and not be faint.” - Isaiah 40:31 ✨ Good afternoon , Philippines! It’s a rainy Saturday Afternoon so please keep safe, everyone! #missuniversephilippines Gown: @benjleguiab_iv Make-up: @antheabueno Hair: @jayaquino_ Styling: @pattyyap Photo: @kennethtangonan

The 23-year-old is also known for her work in advocating for elderly care and HIV and AIDS research. She is very close to her grandparents, who inspired her to champion elderly care.

Ganados has been modelling since she was 15. She did several billboard ads, print campaigns, catalogue spreads, and television commercial and fashion spread in top lifestyle magazines.

Ganados is sure to put on quite a show as she graces the event at the Tyler Perry Studios in Atlanta, Georgia, the United States. If the Filipino girl wins the 2019 pageant, it would be the second time in its 68-year history when the same country won the prestigious crown back to back.