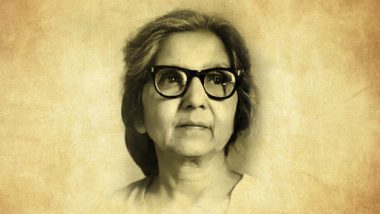 Any reference to India's freedom struggle cannot be complete without the mentions of its leaders and freedom fighters. However, still many freedom fighters have been lost to public memory. Aruna Asaf Ali, who was popularly known as the "Golden Old Lady" of India's Independence Movement for her bravery, is one of those many relatively-unknown activists and today we celebrate her 111th birth anniversary.

Aruna Asaf Ali is widely remembered for hoisting the national flag at the Gowalia Tank maidan in Bombay (now Mumbai) during Quit India Movement in 1942. Born on July 16, 1909, the political activist, who was also a published, went on hunger strike in Tihar Jail for demanding better treatment for political prisoners. On her birth anniversary, here are some facts about her.

Aruna Asif Ali died on July 29, 1996. In 1998, a stamp commemorating her was issued. In her honour, Aruna Asaf Ali Marg in New Delhi was named after her. All India Minorities Front (AIMF) also distributes the Dr Aruna Asaf Ali Sadbhawana Award annually.

(The above story first appeared on LatestLY on Jul 16, 2020 07:15 AM IST. For more news and updates on politics, world, sports, entertainment and lifestyle, log on to our website latestly.com).