Charlie Chaplin was an actor, comedian and filmmaker who is known for his significant contributions to the entertainment industry. As we observe Charlie Chaplin's 131st birth anniversary today, we bring to you some of his famous quotes that showcase the man he was. 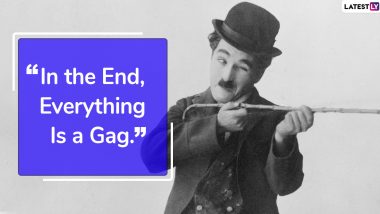 Charlie Chaplin was an actor, comedian and filmmaker who is known for his significant contributions to the entertainment industry. He came to be known to people through a silent film It was 'Tramp' which made him an important figure in the history of the film industry. Sir Charles Spencer Chaplin KBE was born on April 16, 1889, in London. As we observe Charlie Chaplin's 131st birth anniversary today, we bring to you some of his famous quotes that showcase the man he was. Being an artist, he always interesting sights about comedy and life and often drew contrast references between the two. Charlie Chaplin 131st Birth Anniversary: From The Kid to Limelight, Best Movies Of The Legendary Actor-Director.

He died on December 25, 1977, but even years after his death, the actor continues to be remembered for what he was. In today's age when various kinds of entertainment are available, people continue to watch some of his classics and laugh their hearts off. A prime example of his evergreen work could be The Kid and City Lights which has been etched in the minds of people. On his Charlie Chaplin's birth anniversary, here are some quotes about he takes on comedy, art, life and a lot more. Lata Mangeshkar Pays Tribute To Charlie Chaplin on His Birth Anniversary (Watch Video) 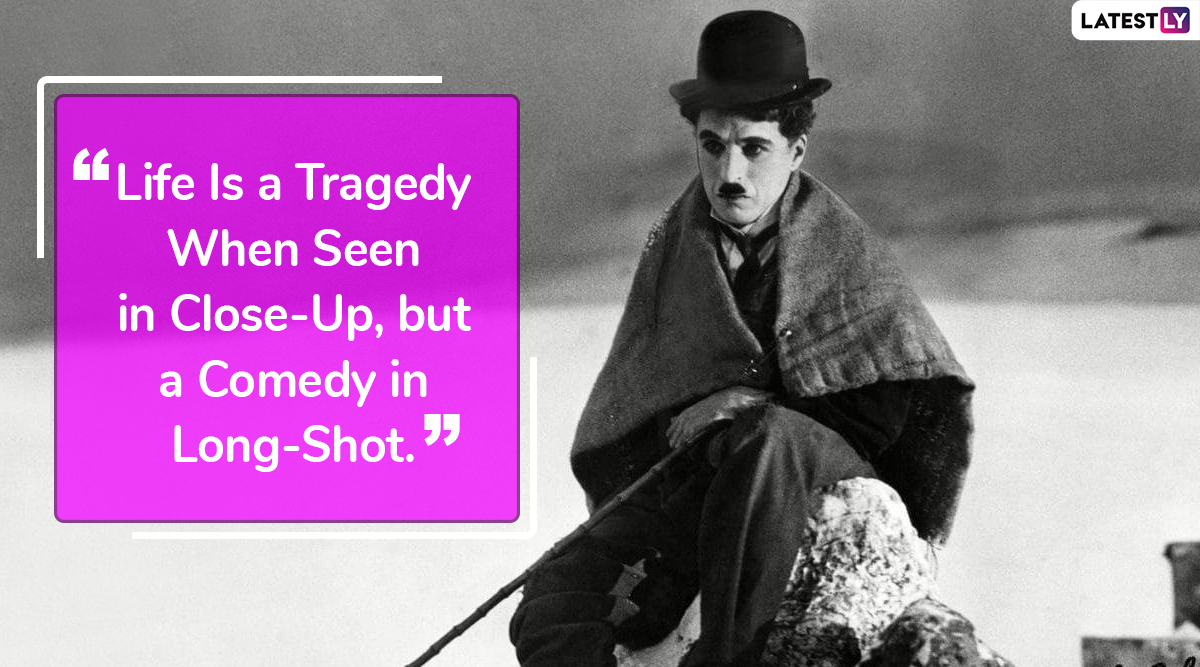 “Life Is a Tragedy When Seen in Close-Up, but a Comedy in Long-Shot.” 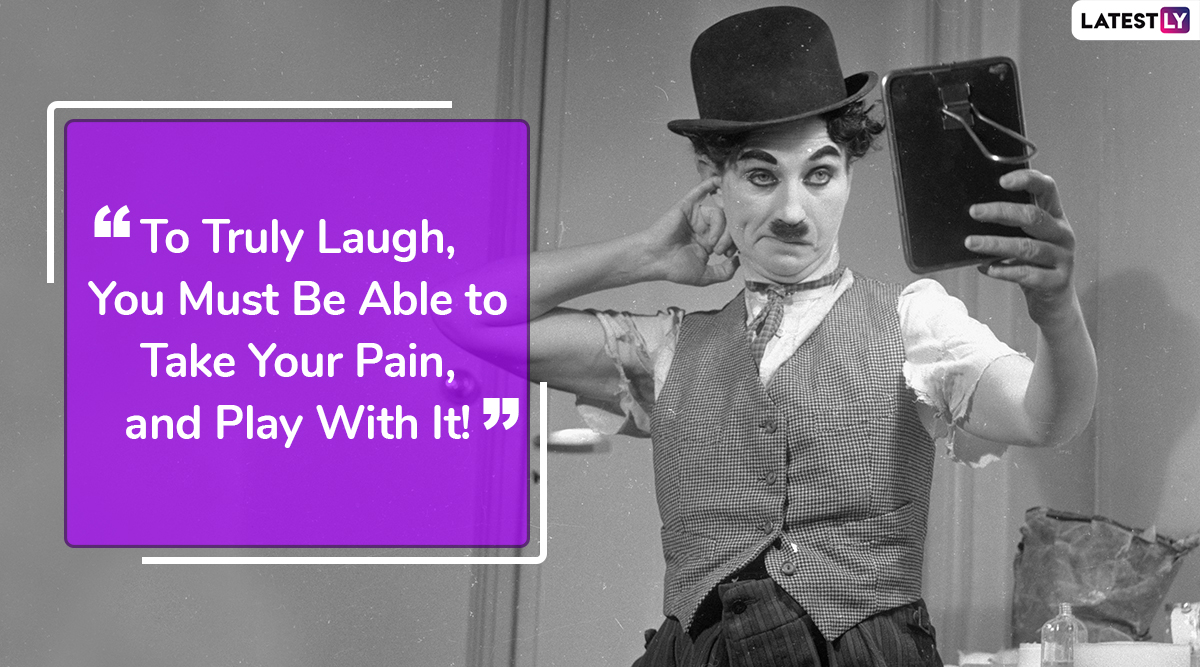 “To Truly Laugh, You Must Be Able to Take Your Pain, and Play With It!” 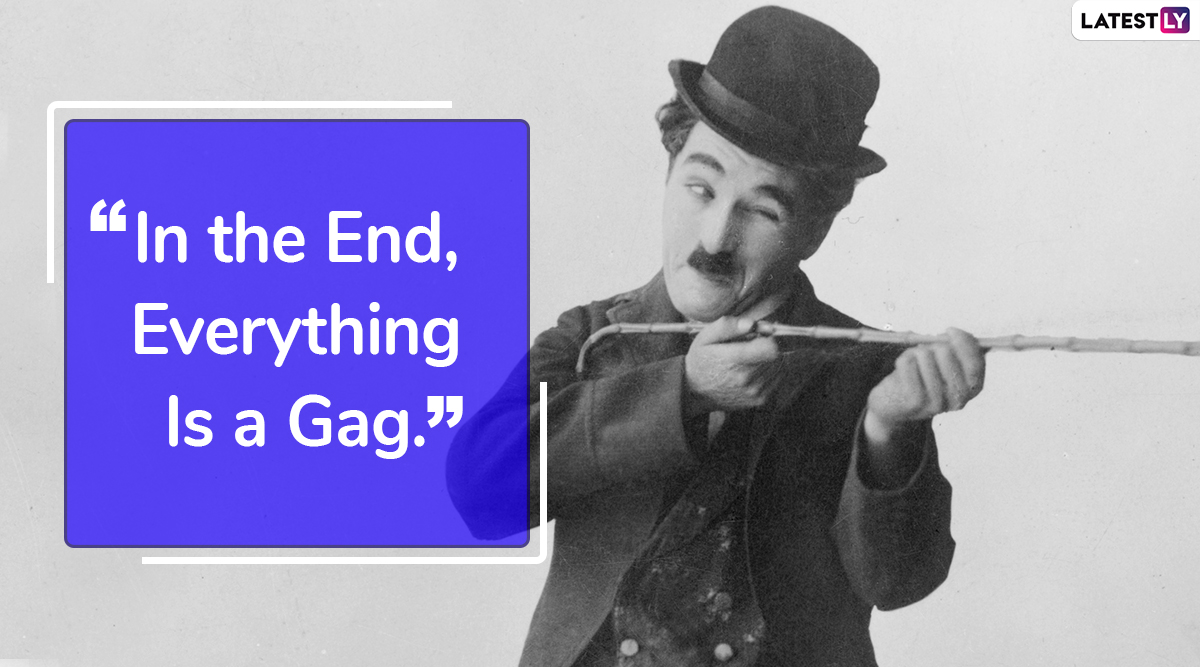 “In the End, Everything Is a Gag.” 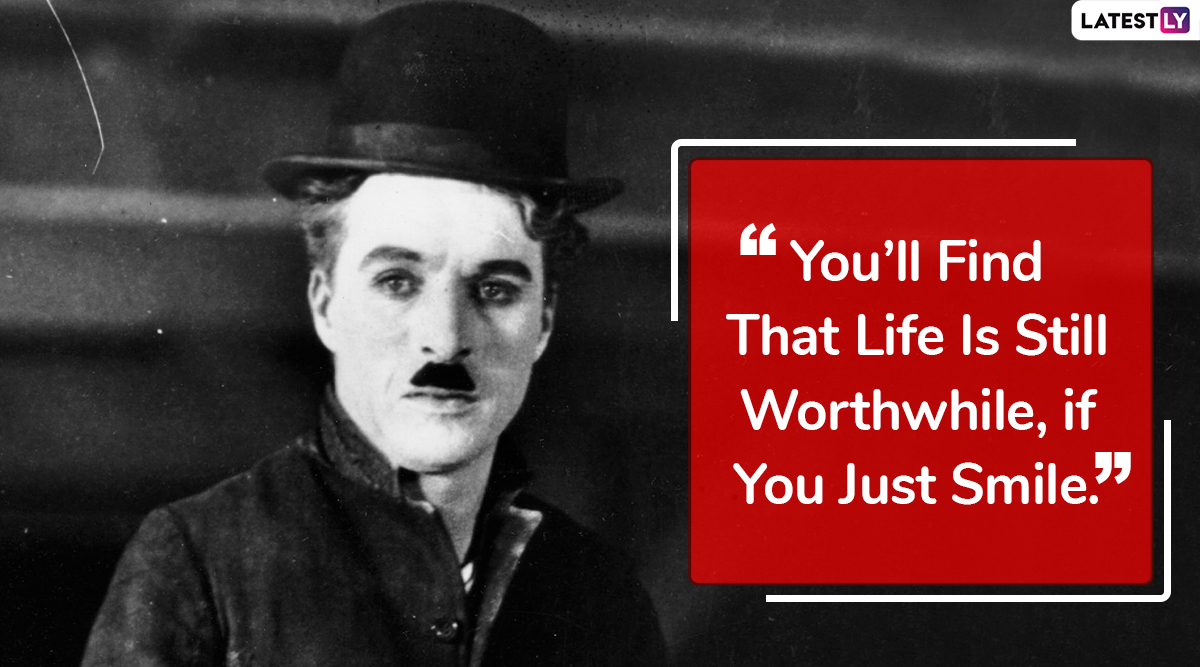 “You’ll Find That Life Is Still Worthwhile, if You Just Smile.” 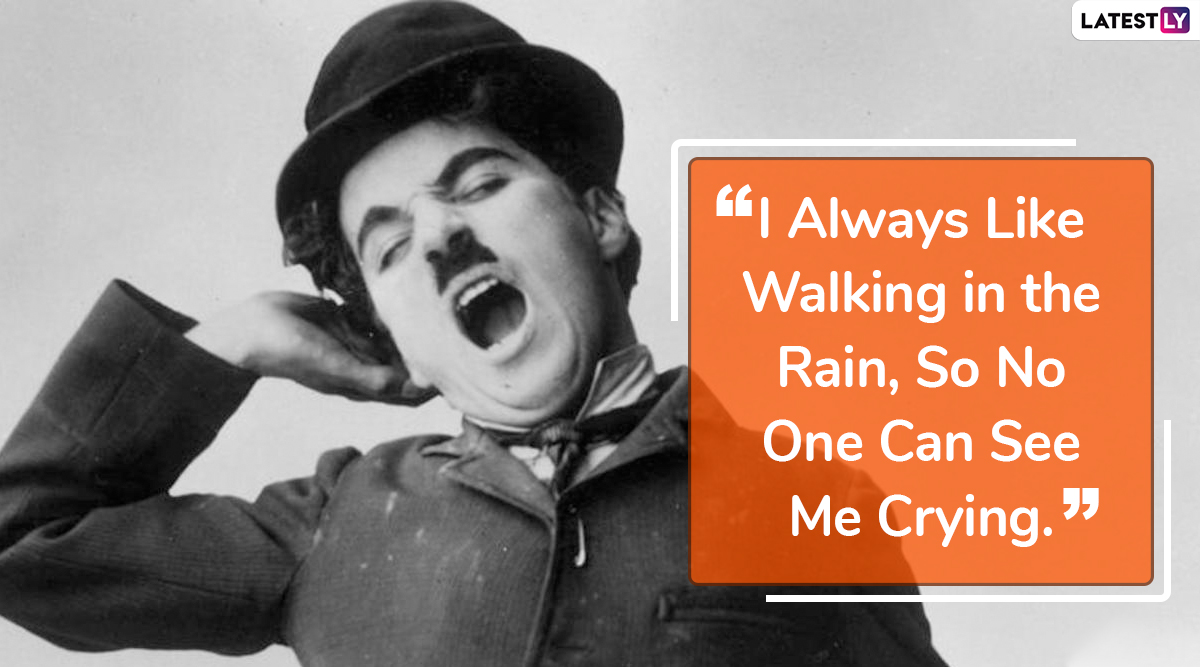 “I Always Like Walking in the Rain, So No One Can See Me Crying.”

Other than film-making, Chaplin was also a self-taught musician. While Chaplin is known for his works, controversies also surrounded his life. The Great Dictator inspired by Adolf Hilter is another notable project of Chaplin. Although the movie received several Academy Award nominations, including best picture, some did not like how he mixed his art with hardcore politics. Chaplin won an Honorary Academy Award in 1929 and another Honorary Academy Award in 1972. In 973, he won the Oscar for Best Music for Limelight, a movie he made when he was 21. In 1975, he was knighted by Queen Elizabeth II.

A 50-year-old Chaplin got married to 18-year-old Oona O'Neill in 1943. The couple had eight children together. Chaplin had a number of affairs and flings and mostly dated women who were significantly younger than him. His personal life led to a number of controversies often garnering varying kinds of judgement from society. A very notable incident happened after his death. After he died and was buried, the next day, two people dug up the grave and stole the coffin in a bid to extort his wife. However, they were caught anf the remains were put back in the cemetery.

(The above story first appeared on LatestLY on Apr 16, 2020 05:41 PM IST. For more news and updates on politics, world, sports, entertainment and lifestyle, log on to our website latestly.com).