Charlie Chaplin 131st Birth Anniversary: From The Kid to Limelight, Best Movies Of The Legendary Actor-Director

Charlie Chaplin was born into poverty and went on to become one of the most globally-reputed actors, who'd come out of a self-imposed exile only to accept an honorary Oscar. So, on the birth anniversary of this legend, allow us to rave about 5 of his best films 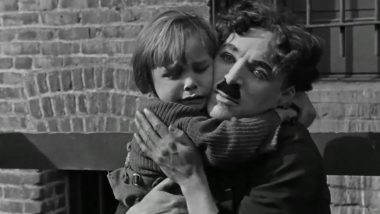 The world will be observing Charlie Chaplin's 131st birth anniversary on April 16, 2020. The comedic actor has left behind a legacy of work that not only redefined cinema in the past but will continue to do so in the future as well. He has taught generations of artists to push the boundaries. Chaplin has rightly said, "Comedy really is a serious study, although it must not be taken seriously. That sounds like a paradox, but it is not. It is a serious study to learn characters; it is a hard study. But to make comedy a success there must be an ease, a spontaneity in the acting that cannot be associated with seriousness."

The actor was born into poverty and went on to become one of the most globally-reputed actors, who'd come out of a self-imposed exile only to accept an honorary Oscar. So, on the birth anniversary of this legend, allow us to rave about 5 of his best films. Charlie Chaplin Birth Anniversary: Memorable Quotes From the Legendary Performer.

Of course, we love his first full-fledged feature film. Charlie wrote, produced, directed and starred in the film and it is considered one of the greatest film of the silent era of cinema.

Certainly, Charlie's best work. He directed and featured in the film. In this romantic comedy, he played the role of a Tramp who falls in love with a blind girl. To date, the movie remains one of the greatest films ever made. It is routinely cited and referenced by film students.

Charlie made this film which he regretted later. The actor played a parodied version of Adolf Hitler. In his biography, Charlie said that if he had known about the horrors for the Nazi concentration camps, he would not have made it.

Chaplin's son Michael co-starred in this British comedy about the McCarthy communist-hunt era. This movie was Charlie's last leading role.

Apart from writing, producing, directing and starring in this film, Chaplin also produced the score for it. The movie was boycotted in the US and bombed at the box office. The movie re-released 20 years later in the US and qualified for the Oscars. It even won the Oscar for Best Dramatic score 20 years after its release.

So, those were our favourite movies by Chaplin. He has said, "Through humor, we see in what seems rational, the irrational; in what seems important, the unimportant. It also heightens our sense of survival and preserves our sanity." And that perfectly defines him, his life and his amazing filmography.

(The above story first appeared on LatestLY on Apr 16, 2020 10:09 AM IST. For more news and updates on politics, world, sports, entertainment and lifestyle, log on to our website latestly.com).