Pongal Day in Virginia: US State Recognizes the Indian Festival

Pongal has only been a festival in the regional language for Tamils in Virginia. But now, the harvest festival has been officially appreciated by the American States General Assembly just like Thanksgiving Day. 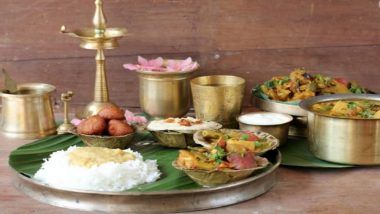 The House of Delegates, with the Senate, has resolved that the General Assembly designate January 14 this year and henceforth as Pongal Day in Virginia. The rapidly growing Asian-Indian population in Virginia, the highly educational skills attained by this group with the overall impact in the development led the state to adopt the religious festival. So far, Pongal has only been a festival in the regional language for Tamils in Virginia. But now, the harvest festival has been officially appreciated by the American States General Assembly just like Thanksgiving Day.

A resolution introduced by delegate David Bulova (D-Fairfax) was approved by the General Assembly on 14th February 2017. With the passage of the resolution, the Commonwealth of Virginia has designated 14th January as Pongal Day in Virginia beginning from 2018. According to a media report, A. Sriskandarajah, legal advisor said to the Valluvan Tamil Academy (VTA) and part of the team that worked to make this possible was quoted saying, “Though it will not be a holiday, school children can stay at home and celebrate the festival as the U.S. permits freedom of religions. This will also open the door for other Indian communities to have their cultures, traditions, and faiths recognized in the U.S.”

“This will provide Tamils of Virginia an opportunity to celebrate and share our rich heritage, culture, language and history. Mr. Bulova explained in the General Assembly that Pongal is similar to Thanksgiving Day. Committee members in both the House and Senate were deeply moved and inspired by our Tamil Heritage and the resolution was approved unanimously. The Tamil community is deeply indebted to him,” added Mr. Sriskandarajah in the same report.

Virginia has a Tamil population of nearly 40,000. Pongal Day brings together the members of Indian-American Community, as they celebrate with a gathering, make decorations and special delicacies. It is indeed a great moment to witness the traditions of India being acknowledged and celebrated across the globe.

(The above story first appeared on LatestLY on Jan 10, 2018 05:45 PM IST. For more news and updates on politics, world, sports, entertainment and lifestyle, log on to our website latestly.com).