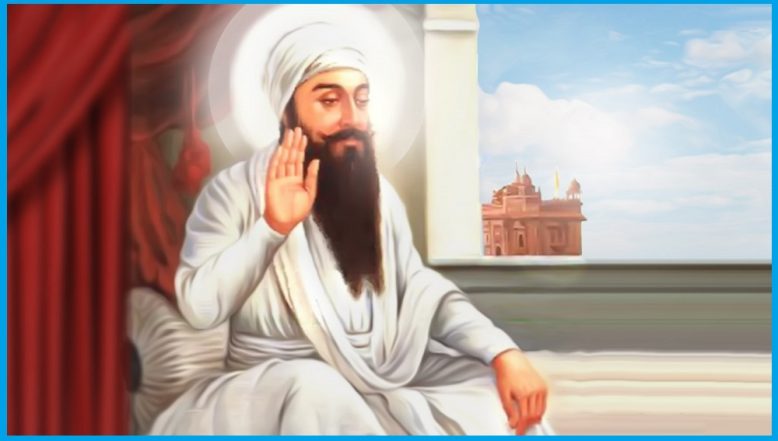 Appointed as Fifth Guru of Sikhs: Guru Arjan Dev Ji was appointed as the fifth Guru of Sikhs after the death of the fourth Guru Ram Das ji in the year 1581. Arjan Dev Ji composed a sacred prayer of 35 pages, which is titled as Sukhmani Sahib. The word ‘Sukhmani’ is called as ‘consoler of the mind’ wherein the word ‘Sukh’ means peace or comfort while ‘mani’ means heart or mind. The location where Guruji composed Sukhmani Sahib is still marked on the banks of Ramsar sarovar (pool) near the Golden Temple or Harmandir Sahib.

Masand system: Guru Arjan Dev Ji restructured the Masand system, which was initiated by the fourth Guru - Sri Ram Das Ji. Reorganizing the system, the Guru ji suggested that every Sikh should donate one-tenth of his income, goods or services to Sikh organization which is called ‘Dasvand’. This system was very much effective in collecting funds, teaching tenets of Sikhism and settling several civil disputes within the region. The ‘Dasvand’ was employed in different purposes such as building Gurudwaras and preparing langars.

Construction of Sri Darbar Sahib: Sri Guru Arjan Dev Ji led Sikhism for a quarter of a century. It was Arjan Dev Ji, the fifth Nanak, who envisaged of creating a central place of worship for the Sikhs and went on to construct the Sri Harmandir Sahib wherein the word ‘Hari’ refers God and ‘Mandir’ implies temple. Arjan Dev Ji himself designed the architecture of the Sri Darbar Sahib (Golden Temple) and supervised the construction work. The foundation of the Sri Harmandir Sahib was laid by a Muslim saint, Hazrat Mian Mir ji of Lahore on on 1st of Magh, 1645. He also designed four doors in the Gurudwara proclaiming that people of all caste and creed from whichever direction they come and to whichever direction they bow.

Compiling first official edition of the Sikh scripture: Being a prolific poet, Guru Arjan Dev Ji compiled the 'Adi Granth' which was later expanded to ‘Sri Guru Granth Sahib’, by collecting hymns of past Gurus from several places. According to the Sikh tradition, Guru Ji composed 2,218 hymns, the largest collection of hymns in the Holy Book of Sikhs. After compiling the ‘Adi Granth’, he installed the Sikh scriptures in the Sri Harimandir Sahib and Emperor Akbar was informed about the same with allegation that it comprises of teachings that are against or hostile to Islam. Followed to which Akbar ordered to bring him a copy of the ‘Adi Granth’.  A copy of Adi Granth was sent to him in a thali (tray) along with a message - In this thali you will find three things - truth, peace and contemplation.

Martyrdom: The Mughal emperor, Jahangir asked Guru Arjan Dev Ji to stop preaching his message of God and erase some hymns as he found them offensive. He also demanded a fine of 200,000 rupees. The Guru Ji refused to pay the fine and declined to make any changes in the Sikh scriptures. He was subjected to ruthless tortures like sitting on a burning hot sheet, boiling hot sand poured over the body. After five days of inexorable torture, Arjan Dev Ji was taken for a bath in the river where he sowed the seed of martyrdom.