Hanukkah 2020 Dishes And Facts: From Loukoumades to Pancakes, Know About Traditional Food Recipes Made on the Jewish Festival

Hanukkah is one of the most popular festivals of the Jewish community. Hanukkah is known as ‘Festival of Lights’. Several traditions are associated with the festival of Hanukkah. If you are looking for more details about Hanukkah’s food traditions and facts, then you can stop your search here, as we have it covered all for you. 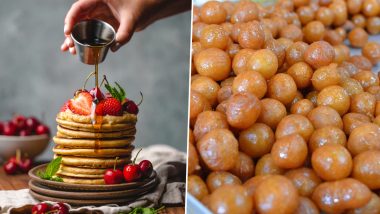 Hanukkah Food Traditions and Facts: Hanukkah is one of the most popular festivals of the Jewish community. Also popularly known as Chanukah or Hanukah, the festival of Hanukkah is observed to commemorate the rededication of the Second Temple in Jerusalem during the Maccabean Revolt. Hanukkah is known as ‘Festival of Lights’. Celebrations are grand, and so are the age-old and contemporary traditions which are followed during these auspicious days. Several traditions are associated with the festival of Hanukkah. If you are looking for more details about Hanukkah’s food traditions and facts, then you can stop your search here, as we have it covered all for you. Hanukkah 2020 Full Schedule With Start and End Date: Know the History, Significance and Traditions of the Jewish Festival of Lights.

As the festival of Hanukkah 2020 nears, we at LatestLY, bring you some of the most interesting and little-known facts about the Jewish festival. If you are a foodie and someone who loves to follow traditions on festive days, then you are in for a delight. Hanukkah Dos and Don'ts: From Lighting Hanukkiah to Reciting the Blessings, Things You Should Keep in Mind While Celebrating the Jewish Holiday.

A look at some of the special Hanukkah food items, their traditions and facts

Cheese, Cheesecake, or other Cheese products 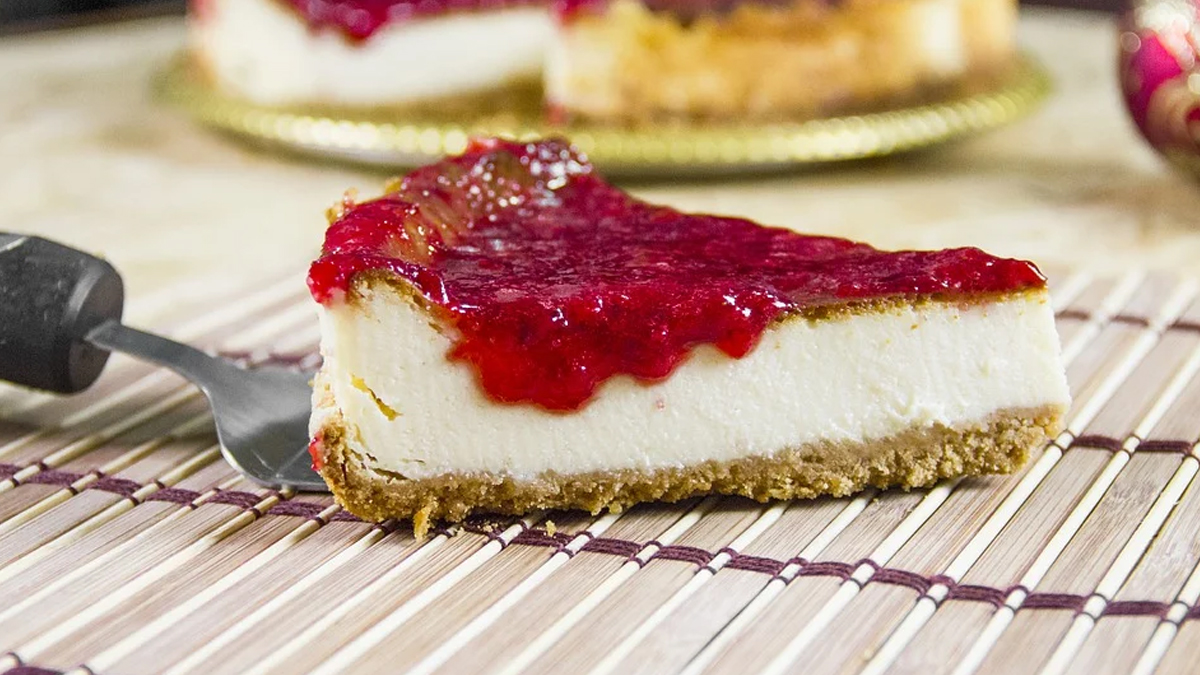 It is said that Cheese played a crucial role in the defeat of Syrian-Greeks. As per a legend, Judith, a widow, was a young and beautiful woman. She is considered to have played an important role in the liberation of the Jews. After the Syrian army captured her town, she pretended to surrender and become a captive. Attracted by her beauty, she was called in their Army chief’s camp. She used her beauty (and brains), and deceived him in consuming cheese and wine, which eventually wore him down and induced some sleep. While asleep, Judith killed her and set her town free. Since then, cheese has been an integral part of Hanukkah celebrations. 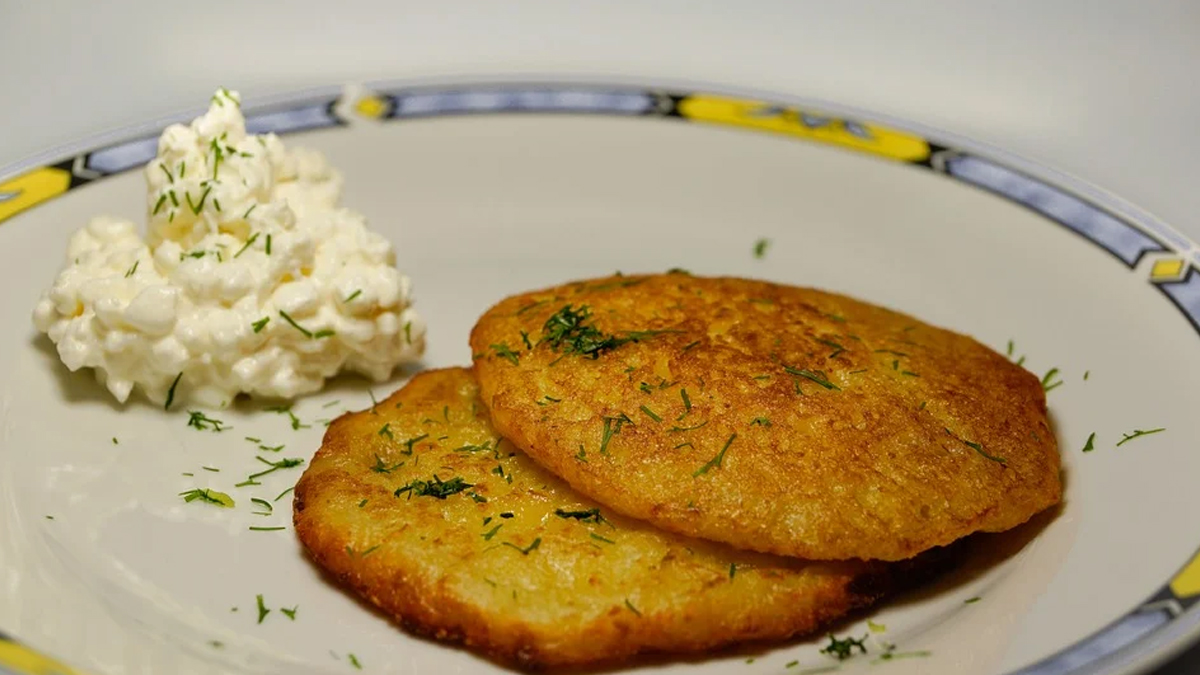 One of the popular dishes that are made during Hanukkah feasts is Latkes. It is said that the dish has an Italian origin. However, the potato-cheesy pancake is now synonymous with Hanukkah celebrations as it is made of dairy products and fried food items. There are several similar varieties, which people love to savour, such as Fritas de Prasa, Cassola, Shamilias, Sfinj, etc. 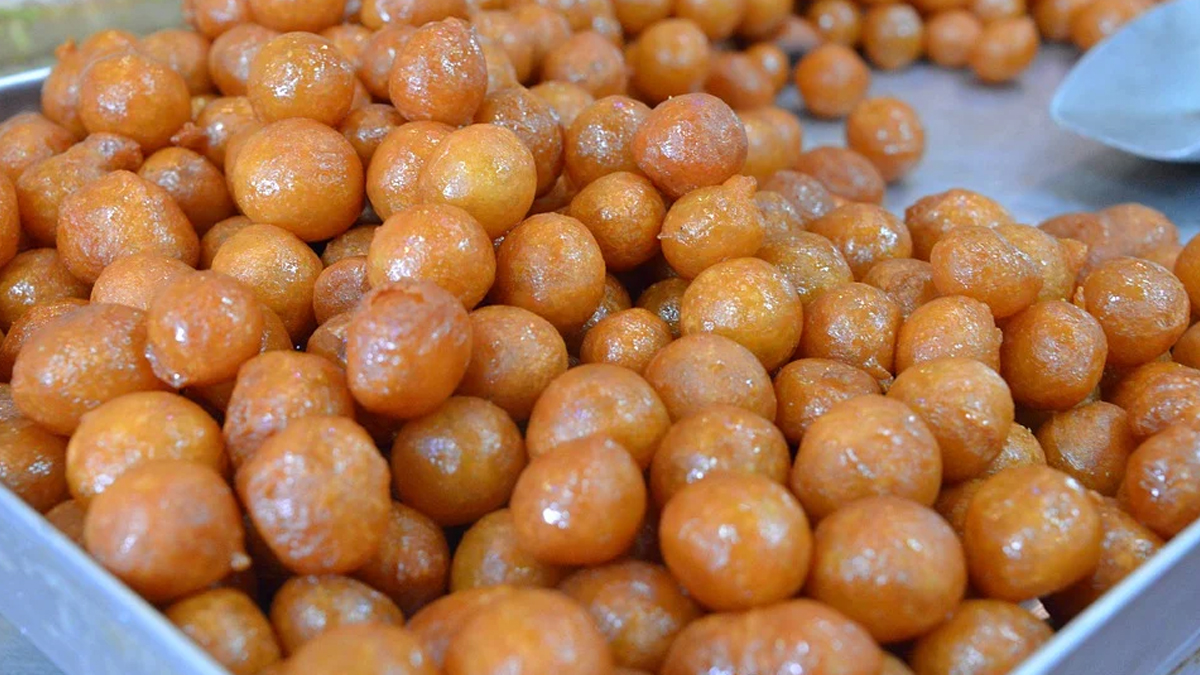 Another favourite dish that is prepared at the time of Hanukkah is Loukoumades. They are deep-fried sweet puffs, which are dipped in honey, sugar, or flavoured syrups, and look the dessert that Maccabees ate. Making Loukoumades holds a cultural significance for the Jewish people. Hanukkah 2020 Decoration Ideas: Silver-Plated Menorah, Tiered Cookie Tray, Blue & Silver Ornaments and More, Easy Ways to Dazzle up Your House for the Jewish Festival of Lights. 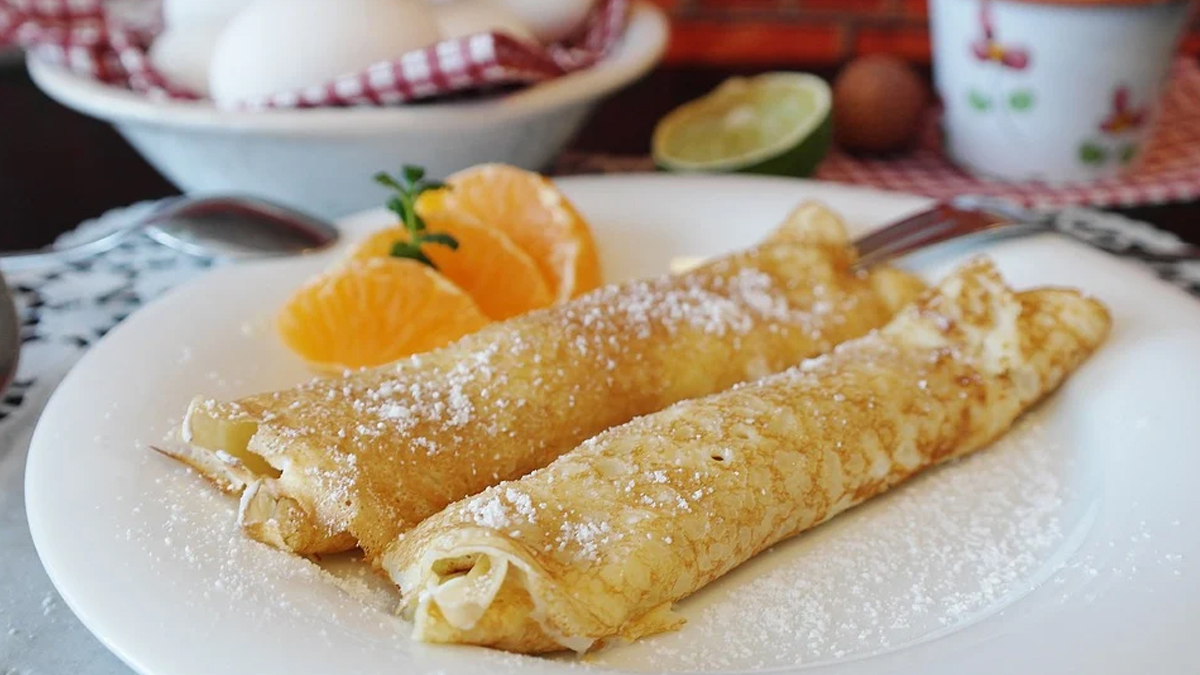 One of the traditional dishes prepared during the times of Hanukkah is Pancakes. Easy-and-quick to make, and prepared in a lot of oil, pancakes were a food item which was made in less time. It was helpful for the Maccabees, who could consume it in less time during the time of their revolt. Since a lot of oil was used to prepare these pancakes, the oil also serves as a reminder to the legend of the miraculous oil. 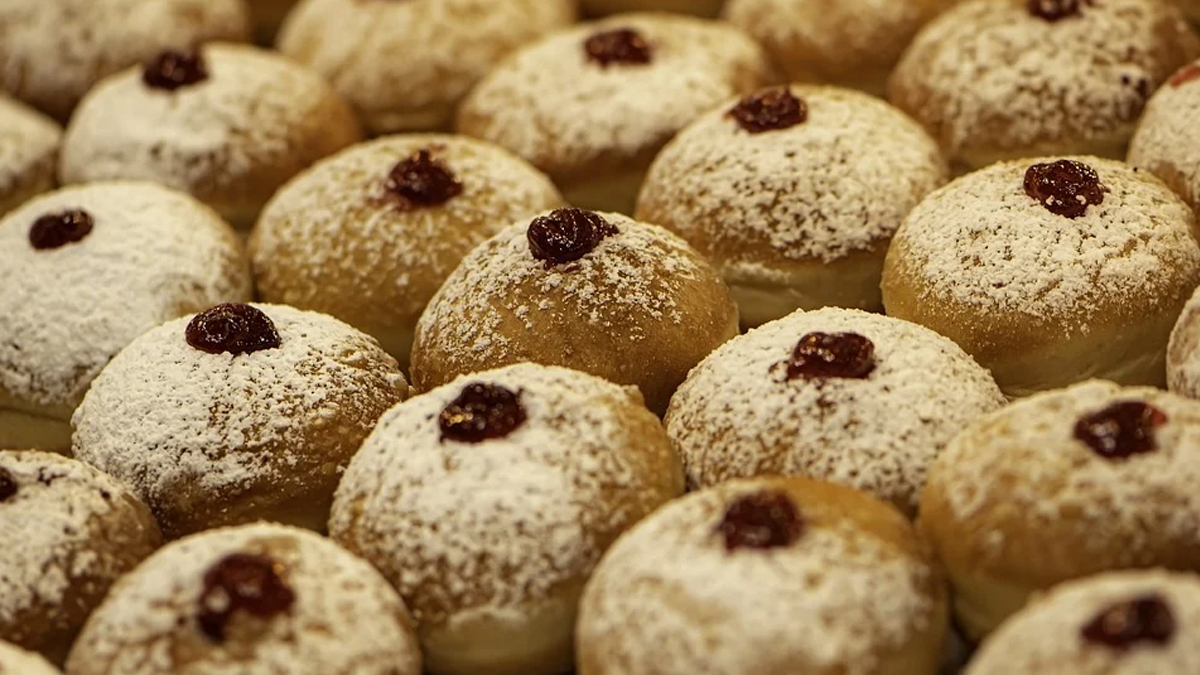 Another traditional food item which is prepared for Hanukkah celebrations is Sufganiyots. They have a sweet taste, are made up with a lot of oil, and have a shape similar to a doughnut. Also, many people use a lot of cheese, jelly, or flavoured syrups, to make this dish even tastier.

There are a lot of other food items that are also prepared amidst much fanfare from people. Some of the other Hanukkah traditional dishes are Kugel, Rugelach, Zalabia, Zvingoi, Gelt of Hanukkah, etc. Cheese and oil are the main components (read: ingredients) of the food items that are made during Hanukkah celebrations.

This year, the festival of Hanukkah will be observed from December 10 to December 18. We, at LatestLY, wish you all a very Happy Hanukkah 2020. We hope you would enjoy reading about Hanukkah food traditions and facts and would love to try one of these amazing traditional Hanukkah dishes!

(The above story first appeared on LatestLY on Dec 08, 2020 08:54 PM IST. For more news and updates on politics, world, sports, entertainment and lifestyle, log on to our website latestly.com).