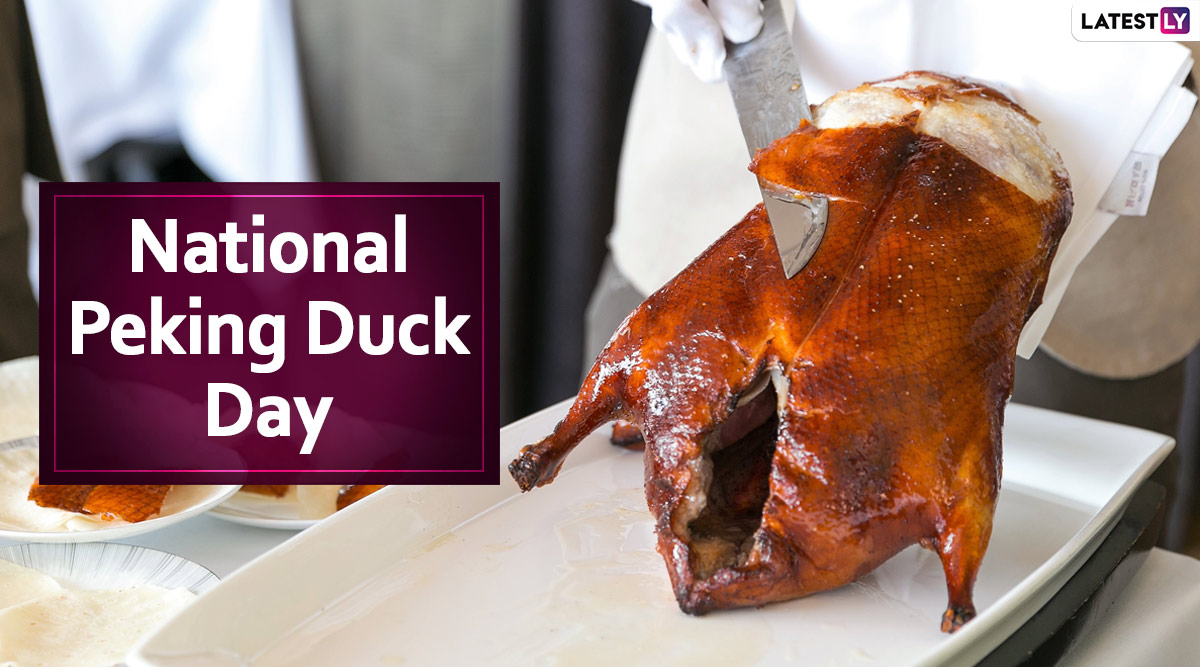 National Peking Duck Day is observed every year on January 18 to celebrate the national delicacy of China. Also known as the Beijing Roasted Duck, the dish requires elaborate steps for preparation and is one of the most favourites amongst the Chinese. The elaborate preparation gives the duck an intense taste and texture. The history of Peking Duck dates back to the Yuan Dynasty that was established by Kublai Khan. Over the years, the process of preparing the traditional Peking Duck has been perfected. As the name suggests the bird used to make this dish is a duck. However, the preferred duck to make the delicacy is the White Beijing duck or the Peking duck. They are raised for 65 days before being brought to slaughter and used for the meal. Here is a step-by-step recipe to prepare the Peking Duck:

The preparation may take 2 days to prepare. The duck is plucked and air is pumped between the skin and the meat. It is then soaked in boiling water and skewered. The bird needs to be hung to dry and glazed with a sugar coating. The duck needs to be left for 24 hours for the skin to be crispness of the skin. The duck is then roasted hanging from the centre of the oven to allow the fat to drip.  Peking duck is presented by slicing the duck carefully and serving right before eating.

Serving the Peking duck is an art as well. Traditionally, it is served in three portions. For people who want to have an ultimate Peking duck meal, the course begins with the crispy skin which is followed by thin pancakes and are filled with the tender duck meat, hoisin and bean sauces, and cucumbers, onions, and garlic. Finally, the meal ends with the third course, a duck soup or broth.