Laniado is said to have been suffering from an issue called the "Napoleon complex" that was caused by his short stature. 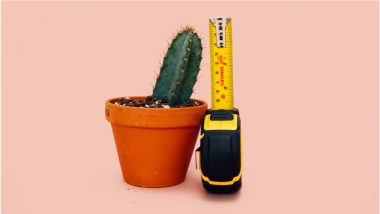 People unsatisfied with the way their body looks are opting for body enhancement surgeries such as breast augmentation, butt lift surgeries and penis enlargement surgeries, now more than ever. Simple minimally invasive techniques such as lip fillers, etc. have become really common these days. While these surgeries may sometime end well, there are times when such surgeries can be fatal. In one such incident, a billionaire diamond trader reportedly died during a penis enlargement operation at a posh Parisian clinic. We had recently seen a woman who lost her life during a butt lift surgery, leaving us wondering about the negative implications of such enhancement surgeries. How to Make Your Penis Bigger in 45 Minutes? Penis Implants Are Now Available for Men Which Can Make a ‘Huge’ Difference.

At the age of 65, Ehud Arye Laniado planned to go for a penis enlargement surgery; unfortunately, it didn't end well for him as he died in the clinic of an unnamed plastic surgeon on the Avenue des Champs-Elysees in the French capital Paris. His surgery was having some complications that caused him a heart attack, after a substance was injected into his penis, turning the operation fatal for the Belgian-Israeli dual national.

Even though two courts dismissed the Belgian customs office’s claim, an appeals court ordered a new trial with Laniado due to appear in court on 14th March. Laniado’s death was confirmed by his company Omega Diamonds, which is based in the Belgian city of Antwerp. The statement obtained by news.com.au read: "Farewell to a visionary businessman. It is with great sadness that we confirm that our founder Ehud Arye Laniado has passed away."

Laniado is said to have been suffering from an issue called the "Napoleon complex" that was caused by his short stature. "Napolean complex" is a term given to a theorised complex that occurs in people with short stature. Usually, people having this type of complex are overly-aggressive or have domineering social behaviour. It is said that such action is compensatory for the person's stature. A friend of Laniado says that he was known as "The Argentinian" at Omega Diamonds "because he looked like a tango dancer." Another friend of him said that Laniado was “always focused on his appearance and how others perceived him."

(The above story first appeared on LatestLY on Mar 07, 2019 01:41 PM IST. For more news and updates on politics, world, sports, entertainment and lifestyle, log on to our website latestly.com).